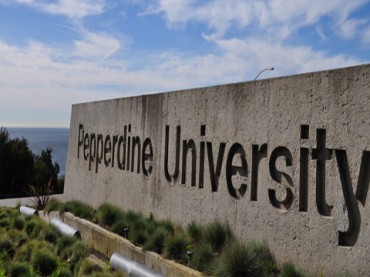 The Pepperdine University Graphic reports on how Twitter is rocking with news of pundit Michelle Fields’ claims that Pepperdine political science professor Russell Burgos had made some nasty comments about her on the popular liberal blog Crooks and Liars.

A graduate of Pepperdine and former student of Burgos, Ms. Fields contends that Burgos wrote in the blog’s comment section she that had “gone full retard” on the FNC show “Cashin’ In.”

Fields claims Burgos also remarked that he had to “hang his head in shame” after her appearance on the show, and that she was a “garden-variety Ayn Rand acolyte” as a Pepperdine sophomore.

The comment posted on the left-leaning political blog was posted under the username “Prof B in LA.” The poster’s reply was in reference to Fields’ appearance on Cashin In’ where she and other panelists discussed requirements for food stamp recipients. It has not been confirmed that this account belongs to Burgos. Burgos replied on Sunday that he was not yet ready to make a statement.

The original post has since been edited attributing the phrase ‘full retard’ to the fictional character Kirk Lazarus from the 2008 comedy “Tropic Thunder.”

Fields tweeted that Burgos claims he used to make comments under the noted user name, but no more. However, she pointed to some snarky comments from two years ago — made by that same user name — which said that Fields’ good looks are what got her where she is today, and that Fox News considers her an “experienced journalist” because she’s been on television a few times.

Pepperdine president Andrew K. Benton issued a statement saying he was “stunned at the ad hominem nature” of the blog comments, and apologized to Ms. Fields.