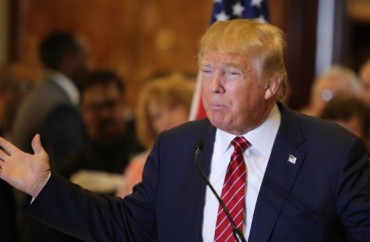 That from Professor Michael Chwe, writing in a blog post for the Princeton University Press.

As reported in The Daily Caller, “Chwe argues that white men are dangerous to the country, as evidenced by their support of Trump. Democracy in America, Chwe claims, will only be safe when whites and men — and especially white men — willingly surrender their power to ‘multiracial and multi-gender coalitions.'”

Chwe — who earned $138,000 working at the public university in 2015, according to a public database of state employees’ salaries — writes that:

How will whites, especially white men, adapt to the new demographic reality: gracefully, petulantly, or destructively? …

Much has been said about how Trump supporters are racist, anti-immigrant, and Islamophobic, but it is possible to be racist or anti-immigrant and still support basic democratic values such as the rule of law, freedom of expression, and equal protection, and basic norms of civil society such as politeness, mutual respect, and avoiding threats of violence. What particularly delighted Trump supporters, and distinguished Trump from other Republican candidates such as Ted Cruz who took equally bigoted positions, was Trump’s demonstrated willingness to violate democratic values and basic norms of civil society. Evidently for Trump supporters, the “racial and gender order,” enforced by the authoritarian tactics of bullying, harassment, intimidation, and violence, is more important than democratic values. Trump has endorsed violence against protestors at his rallies, tried to intimidate the news media, called for his opponent to be jailed, and most recently stated that he will not necessarily respect the outcome of the election. Each statement crosses a new “red line” but should not be surprising; violating democratic norms is the essence of Trump’s brand and what attracts his supporters. Among Republican voters, 84 percent say that listening to Trump brag about sexually assaulting women does not change their support for him. …

The danger to democracy itself from Trump supporters is real and must be confronted. It is the greatest danger to democracy since World War II, even perhaps since the Civil War, and completely internal. If we had done a better and earlier job with confronting, as opposed to accommodating, white and male privilege, and convincing people that what they feel is being taken away is something that they never should have felt they had in the first place, we might not have reached this situation. Combating white and male privilege is now not only about justice but also about steering democracy away from self-destruction. As it is, we made our society just inclusive enough to save it.

MORE: Poli-sci prof says she must condemn Trump in class, calls ‘balance an offense to the truth’