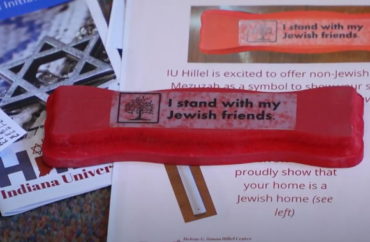 A new task force at Indiana University has been launched to combat a recent rise in anti-Semitism on campus.

Kaylee Werner, a student at Indiana University and a member of the new group, said it’s more about being proactive to defend Jewish people and Judaism and less about being reactive to acts of vandalism and discrimination.

“Jewish people are alive and strong and we will stand tall with our allies to combat any forms of anti-Semitism that arise on our campus,” she told The College Fix in an email.

The spike in incidents began around the Jewish High Holy Days in September. In three different dorms, there were many reports of prayer scrolls, known as mezuzahs, missing from dormitory doors.

Mezuzahs indicate the resident is Jewish.

“It became obvious very quickly that it wasn’t just vandalism, that it was much more than that, that it was targeted and directed specifically at the Jewish students,” IU Hillel Rabbi Sue Silberberg told WTHR news.

In response, IU Hillel created an anti-Semitism task force in partnership with the university.

The response will include training for residential programs and services, co-sponsorship of a Holocaust program, and educational programming in residence halls and on campus, the group’s website states.

IU Hillel also started the Mezuzah Project, a campaign to give prayer scrolls to students on campus. Non-Jewish students will be offered a red mezuzah to show support for their Jewish friends.

Werner said the mezuzah is one of the most important symbols in Judaism, and the project will illustrate a show of strength and solidarity among students.

She added that the overall goal of the task force is to transition to proactively preventing anti-Semitism on campus instead of simply reacting when incidents occur.

She said she’s grateful for administrators’ support in the endeavor.

“Our task force, as well as some other Jewish student leaders at Indiana University, were invited to a reception at our university President Pamela Whitten’s house with President Whitten,” Werner said, adding several other high-profile administrators were also in attendance.

“Our meeting was highly productive and I am excited to see how our relationship with the school continues to grow as we evolve our task force,” she said.

Andrew Pessin, a professor of philosophy at Connecticut College and campus bureau editor of The Algemeiner, told The College Fix in an email that the partnership created at Indiana University is a positive step as campuses continue to combat a rise in anti-Semitism nationwide.

He cited a recent nationwide survey by the Brandeis Center, which found “that 65 percent of openly Jewish students felt unsafe while 50 percent hid their Jewish identity.”

In response to Indiana University’s taskforce, Pessin said that “it’s great that Indiana U. is devoting some attention” to the problem.

He argued that the success of the task force may depend on how the university defines anti-Semitism. Pessin said he believes the most accurate definition is provided by the International Holocaust Remembrance Alliance.

He added universities should also focus on anti-Zionist forms of anti-Semitism.

“The reason I think it so important for any such task force to tackle the anti-Zionist forms of anti-Semitism is that these, I think, fuel the other forms,” he said. “Studies by essential groups such as AMCHA initiative show that where anti-Israel activity (in particular Boycott, Divestment, Sanctions against Israel activity) is higher, incidents of anti-Semitism rise.”

AMCHA studies on Boycott, Divestment and Sanctions have found that schools with BDS activity are about three times more likely to display anti-Jewish acts, including assault and vandalism; those with pro-BDS campus groups or faculty that support the movement are six to eight times more likely to exhibit anti-Semitic acts. 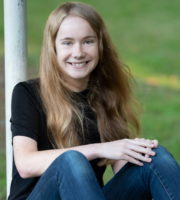