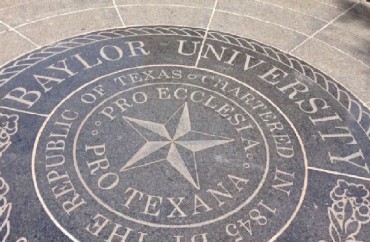 Baylor University recently changed its misconduct policy to a “conduct” policy, and removed the phrase banning homosexual acts. Gay-rights advocates praised the move while some criticized the Christian university for betraying its Biblical underpinnings.

Instead, the newly named “conduct policy” reads “physical sexual intimacy is to be expressed in the context of marital fidelity.”

The decision has been praised by many who call it a “progressive” step in the right direction.

“I am glad to see that Baylor has taken the initiative to remedy what was a poorly-written policy,” Baylor alumnus Trenton Garvey, who spearheaded an effort two years ago to remove the phrase “homosexual acts,” told The College Fix in an email.

“The new policy is a progressive, albeit small, step for the university, as it no long enumerates an additional scrutiny on homosexual students and does not diminish marital relationships that struggle with infertility or decide not to procreate,” Garvey said.

A Baylor alumnus, speaking to The Fix on the condition of anonymity, said the decision was likely based on campus officials who, seeing the proverbial writing on the wall, moved to protect the university.

“The recent decision in Obergefell v. Hodges raises a legitimate question regarding the treatment of private institutions that disagree with the majority’s ruling, but receive some form of federal funding-be it in the form of grants, loans, tax incentives or exemptions, or otherwise,” he stated.

“Institutions of higher learning, like Baylor University, fall into this category. The school’s change in their conduct policy allows them, at least on paper, to fall within the semantics of Obergefell, while simultaneously staying faithful to its Christian beliefs and mission. If pressed, the school can show that it has not singled out same-sex marriage while, in the other direction, it can also show a commitment to the virtue of martial fidelity in the Christian tradition.”

When asked by The College Fix, a Baylor University spokesperson would not clarify whether the campus now condones homosexuality, or how this linguistic change will open the door for relations between married same-sex couples at the university.

“A review of the sexual conduct policy had been contemplated over the last couple of years. These changes were made because we didn’t believe the language reflected Baylor’s caring community,” university spokesperson Lori Fogleman told The Fix in an email, a statement similar to ones handed out to other news outlets.

The conduct policy review was not influenced by the resolution proposed by Baylor Student Senate’s two years prior to strike the homosexual acts phrase, according to Fogleman.

Though the language was changed from more specific to less specific, Fogleman stated that “we are pleased with the recent changes to the policy language…it states more plainly the expectations of the university.”

Some individuals on the Baylor Alumni Association Facebook page are not so pleased, however.

“Are we believers not called to a higher standard?” asked one.

“It appears Baylor is trying to conform to today’s culture instead of abiding by the timeless standard set forth by God,” stated another.

But Baylor leaders have stated the conduct policy should be interpreted to be consistent with the Baptist Faith Message of 1963 which reads: “Marriage is the uniting of one man and one woman in covenant commitment for a lifetime. It is God’s unique gift to reveal the union between Christ and His church, and to provide for the man and the woman in marriage the framework for intimate companionship, the channel for sexual expression according to biblical standards, and the means for procreation of the human race.”