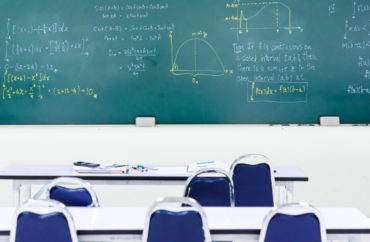 Harvey Mudd College, long recognized as one of the premier STEM colleges in California, if not the United States, has been the subject of growing criticism from some alumni claiming the private institution, fueled by a relatively new commitment to woke ideology, has sacrificed high standards and a rigorous curriculum for fashionably equitable outcomes in admissions and graduations.

Chartered in 1955 by individuals who recognized the undeniable role science, technology, engineering, and math, or STEM, played in ending World War II, and the central role those fields would have in ensuring America’s triumph over the Soviet Union in the space race and Cold War, Harvey Mudd College has long been a place for some of the most talented and dedicated aspiring young scientists.

But a report published by the organization Alumni Donors Unite titled “The Examination of Woke at Harvey Mudd College” argues that “few institutions have done a woke transformation better over the past 12 years than HMC.”

The report argues admissions have been changed to alter student demographics, and that “had the adverse impact of reducing the standards of excellence.”

“Eventually HMC saw a turning away from a focus on merit to one of diversity and eventually DEI. Woke install has progressed such that all institutions and programs at HMC have DEI in mind,” it argues.

In response, some scholars defend the college, acknowledging admissions and curriculum have evolved over the decades, but arguing the school continues to maintain very high standards.

“In the almost 15 years that I’ve been at HMC, I have not seen a drop off in the performance in the classes I teach,” said Eliot Bush, an Harvey Mudd College biology professor, to The College Fix via email.

Alumni Donors Unite describes itself as working to combat the stranglehold identity politics has on higher education and the subsequent erosion of free speech and critical thinking on college campuses.

James Enstrom, who graduated from Harvey Mudd College in 1965 and went on to a career as a researcher in epidemiology at UCLA, said a talk he gave last summer inspired a member of the alumni group to write the un-bylined report on Harvey Mudd College.

Enstrom is the leading vocal critic of the school.

“HMC no longer provides a rigorous STEM education because of its DEI [Diversity, Equity, and Inclusion] and SJ [Social Justice] focus and its lowering of student qualifications,” Enstrom wrote in a Nov. 29 letter sent to selected college admissions counselors.

“In betrayal of its conservative and patriotic founders, every aspect of HMC has become ultraliberal,” he wrote. “These changes have weakened STEM standards at HMC at a time when America faces strong competition from China, which has maintained very high STEM standards.”

Speaking to The College Fix in a phone interview, Enstrom said things have changed from the time he was an undergraduate at Harvey Mudd College.

“It was really based on merit, where you had to be a successful high school student in terms of your STEM training in order to be admitted, and then to go through what was a rigorous education process — and it was not easy,” he said.

The impetus behind these changes, in Enstrom’s view, is the college’s current president, Maria Klawe, who took the helm in 2006.

‘Maria Klawe has succeeded where many others have failed’

Klawe repeatedly has been lauded for the growing diversity of HMC’s student body, with special note of the increased number of women admitted to and graduating from the school.

A 2017 article from Inc., for example, declared: “Maria Klawe has succeeded where many others have failed. At Harvey Mudd College … a full half of students who graduate with degrees in computer science, engineering, and physics are women.”

The secret to her success appears to be several alterations in curriculum and pedagogy, some of which were already taking place prior to her arrival.

For example, according to the Inc. article, prior to Klawe’s arrival, the school’s computer science department had been working to redesign its curriculum. The department began dividing introductory students by experience, and, to some degree, by academic interests. Subsequently, true introductory students with little to no coding experience were better able to catch up to their more experienced peers — although this arguably also prevented the more advanced students from getting further ahead.

After becoming president, Klawe helped further these kinds of curricular modifications, and related pedagogical ones, like encouraging creative and collaborative problem solving using concrete, real-world problems. According to an Inside Higher Ed article, this entailed introducing more hands-on components to some classes, such as having students in an engineering course build underwater robots.

Additionally, according to Klawe’s statements to Inc., she pushed several changes in pedagogy that attempted to help struggling students feel more comfortable asking for assistance, dispel notions of innate ability, and eliminate “macho behaviors” such as the domination of class discussion by a limited number of students.

According to critics, however, some of these changes raise questions of whether Klawe and Harvey Mudd College hamper the excellence of exceptional students to ensure the mediocrity of lesser ones, some of whom may have been considered unqualified even to enter HMC in previous years.

Enstrom cites the school’s Common Data Set, which shows that, year after year, the college has had a much higher admission rate for women compared to men, consistently resulting in a roughly equal number of incoming male and female students.

The Common Data Set, however, does not offer any insight into the reason for these trends or provide the same level of detail for the acceptance rate of applicants by race.

The College Fix reached out to President Klawe for comment, but she did not respond.

‘Few if any colleges worth their salt have remained stagnant’

Not everyone associated with HMC share Enstrom’s complaints about the school or his opinions of Klawe.

Groups of students in recent years have called out Klawe and the HMC administration for not being woke enough on mental health and on race.

A document often referred to as the Wabash Report, commissioned in 2015, disseminated to faculty in 2016, and leaked to a student newspaper in 2017, revealed many students found the college’s curriculum to be quite overwhelming and felt they had to sacrifice other interests and personal relationships just to pass muster at the school.

Although many faculty quoted in the document dismissed these concerns by students, or expressed concerns similar to Enstrom’s that the school’s students were not as motivated, qualified or capable as those in years past, Professor Bush did appear to affirm some of the accounts of students in the report in his email to The College Fix.

“We have made some recent changes in the core curriculum with the goal of reducing the workload,” Bush wrote. “In the past the core could be quite overwhelming, and I think the changes are a positive. However I can see where some alumni might see that as weakening or diluting the core.”

Perhaps providing greater perspective after spending much of his life at HMC until retiring in 2005, Thomas Helliwell, a professor emeritus of physics, said times change.

“[C]hanges in the curriculum have not been exclusively a recent event, but have been ongoing since the college was founded,” he said in an email to The College Fix. “I was an active participant in some of those changes. My opinion is that there are very few if any colleges worth their salt that have remained stagnant while the world is changing around them.”