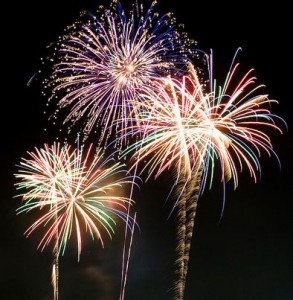 Professors declare: ‘It is not the proper role of the university to attempt to shield individuals from ideas and opinions they find unwelcome, disagreeable, or even deeply offensive’

Princeton University faculty have followed in the footsteps of professors at the University of Chicago by officially declaring academic freedom trumps students’ easily offended feelings.

The “statement affirming commitment to freedom of expression at Princeton” was approved Monday by scholars at the Ivy League university.

“[T]he Princeton faculty, led by the distinguished mathematician Sergiu Klainerman, who grew up under communist oppression in Romania and knows a thing or two about the importance of freedom of expression, formally adopted the principles of the University of Chicago report,” noted another distinguished professor, Robert P. George, in reporting on the development in First Things.

“At campuses across the country, traditional ideals of freedom of expression and the right to dissent have been deeply compromised or even abandoned as college and university faculties and administrators have capitulated to demands for language and even thought policing,” George noted. “Academic freedom, once understood to be vitally necessary to the truth-seeking mission of institutions of higher learning, has been pushed to the back of the bus in an age of ‘trigger warnings,’ ‘micro-aggressions,’ mandatory sensitivity training, and grievance politics.”

“It was therefore refreshing to see the University of Chicago, one of the academic world’s most eminent and highly respected institutions, issue a report ringingly reaffirming the most robust conception of academic freedom. The question was whether other institutions would follow suit.”

The statement will be included in the Princeton’s “Rights, Rules, Responsibilities” guide, according to the university’s website. The statement reads in part:

As a corollary to the University’s commitment to protect and promote free expression, members of the University community must also act in conformity with the principle of free expression. Although members of the University community are free to criticize and contest the views expressed on campus, and to criticize and contest speakers who are invited to express their views on campus, they may not obstruct or otherwise interfere with the freedom of others to express views they reject or even loathe. To this end, the University has a solemn responsibility not only to promote a lively and fearless freedom of debate and deliberation, but also to protect that freedom when others attempt to restrict it.

More universities should pass this statement. It’s time to melt some delicate snowflakes.