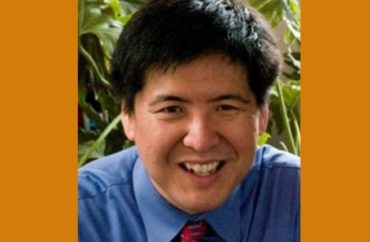 Republicans accused the project of giving exclusive information to the Democrats

The New Jersey GOP has failed in its attempts to get the Princeton Gerrymandering Project to disclose the formulas used for redrawing Congressional districts.

“We asked them to show us the algorithm they used to make their calculations,” a source that participated in the debate over redistricting told the New Jersey Globe. “They told us no, that it was propriety [sic].”

The College Fix reached out to Wendy Weiser, a redistricting expert at the center to ask about the research on New Jersey. The Fix asked what principles should be followed by redistricting commissions and if she believed the project should release its formulas, but received no response to two emails sent in the past several weeks.

The Globe reported that Wang gave valuable information to Democrats but not Republicans.

Staffers from the Princeton Gerrymandering Project quietly gave Democrats some valuable feedback that would ultimately play into their final map submission: that Republicans were doing a good job limiting the splitting of towns and municipalities and that Democrats needed to do better.

By doing that, the Princeton staffer appears to have broken a promise confidentiality that [Redistricting commissioner John Wallace] had offered both parties. Republicans said they received no similar intelligence, although both sides received feedback from Wallace and his team during individual sessions in Cherry Hill.

The Fix reached out to Professor Wang to ask if there was any truth behind the accusation that Democrats received information not available to Republicans. The College Fix asked for Wang’s legal reasoning for not sharing the formulas.

Wang told The Fix via email on February 3 that it would not be appropriate to comment “because there is a pending litigation in New Jersey.” Wang then deferred comment to the university’s media team.

He did not respond to another email on February 14 that asked for comment now that the case has been adjudicated.

“We bridge the gap between mathematics and the law to achieve fair representation through redistricting reform,” the project description says. “We develop and use mathematical tests that rigorously diagnose unequal opportunity and unfair outcomes in district maps.” Its stated purpose is to eliminate gerrymandered districts.

Douglas Steinhardt, chair of the Republican State Committee, criticized Wang’s involvement in a statement to Politico. He said Wang and the Ivy League university’s project were “hyper-partisan” and said Republicans and all New Jersey residents were “unceremoniously boxed out of the decision-making process.”

Steinhardt said Wang has a bias towards Democrats and cited a 2018 tweet where the professor called Donald Trump supporters racist.

“It seems likely that between one-third and one-half of current Trump supporters meet a reasonable definition of racist,” Wang said on Twitter. “We could look into the data. The rest are okay with racists in their coalition, which says something about what is acceptable in the service of political ends.” He was replying to a tweet from his Princeton peer Professor Robert George.

It seems likely that between one-third and one-half of current Trump supporters meet a reasonable definition of racist. We could look into the data. The rest are okay with racists in their coalition, which says something about what is acceptable in the service of political ends.

The Fix reached out to the New Jersey GOP twice via email to ask if it reached out to Princeton regarding the reliability of its formulas and if it knew why the project will not release the project’s formulas, but received no response. The Fix emailed the general contact address listed on the party’s website.

The Fix also reached out to the New Jersey Democratic Party twice via email to ask whether Princeton should release the formulas used and how the electoral maps can ensure fairness between both political parties, but received no response.

Wallace, the former state associate justice of the supreme court, backtracked on his reason for voting in favor of the map. He originally said he decided to break the tie on the new maps because last time Republicans controlled redistricting. Upon being pressed by the state’s highest court during legal challenges, Wallace changed his tune.

“Upon reflection, I realize I mistakenly failed to consider my team’s evaluation of partisan fairness of the maps,” Wallace told his former colleagues. “I should have been more concerned with the fairness to the citizens of New Jersey. Simply put, I should have stated that the Democrats’ map better satisfied the standard for partisan fairness,” the Globe reported.