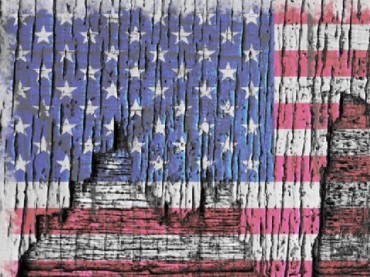 I was raised in the Midwest, and learned to appreciate hard work, dedication, integrity and respect. I was taught to love my country and what it stood for: opportunity, liberty, freedom.

When I arrived at Princeton University two years ago as a freshman, I came to learn of a different viewpoint of America. Very few of my professors believe in America’s exceptionalism, or that it’s the best country to live and work in.

Now – as I enter my junior year as an international relations major – I, like so many of my peers, harbor deep concern for the future of our country.

When asked if the American Dream was within their reach today, nearly 6 in 10 Americans sadly answered “no,” according to a recent CNN Money poll. Focusing on young adults, an even larger margin of 63 percent said that the dream is no longer achievable, the poll found.

After six years under President Obama, people remain anxious and uncertain if they and their children will inherit a better country than their parents did. I am among them.

I worry for my parents, as Social Security’s fiscal insolvency looms heavy and uncertain. Meanwhile I live my life assuming the worst – that the entitlement will be bankrupt and defunct far before I retire. I worry about the negative effects of Obamacare – and how it’s doing nothing to help my parents, who are being forced to watch as their insurance costs continue to surge. Making matters worse, the quality of health care will suffer as socialized medicine takes hold.

I worry about the national debt, which continues to rise to the tune of tens of trillions of dollars with no end in sight. Eventually, collectors will come calling, and what then, for America’s seemingly bottomless coffers? Reality will crash upon us.

I worry about the job market – which sucks for Millennials.

While unemployment has technically decreased, the workforce-participation rate remains stuck well below pre-Recession levels. Though it may appear that fewer people are unemployed and seeking benefits, the sad truth is that they have stopped looking for work altogether.

Young Americans in particular have suffered under the Obama economy. According to Generation Opportunity, the effective unemployment rate for 18-29 year-olds was over 15 percent last month.

What’s more, the number of young adults in poverty has steadily risen over the past decade, hitting 20 percent according to the latest statistics. Over half of young adults live with their parents, another telling sign of diminished confidence and low job prospects.

Jobs that are open right now to college students and recent grads are low-wage gigs with little room for advancement. We are taking internships, we are volunteering, trying to work our way up. When our parents and grandparents grew-up, people could land a good job and work there until they retired. That’s not possible anymore.

Young people are the hope and future of this country, and it is a shame that President Obama continues to push them to the sidelines with damaging economic policies and greater government regulations.

If someone were to ask me if I still believe in the American Dream, I’d say “sort of.” I was raised to believe in it, but have come to realize it is under assault.

The American Dream used to be defined as teaching young people that they have a shot in life, that they can be whatever they want to be, that they could work hard and achieve.

I got into Princeton thanks to hard work, the support of my community and family, and some generous financial aid. I am blessed and grateful that I have great opportunities before me. But one of the main reasons that I am a Republican is because the party works to create jobs and ease onerous regulations so employers can expand their businesses.

That benefits me and all young Americans looking to enter the workforce. Several job-creating bills are waiting to be passed right now into law, but Democrats in Washington ardently refuse to act on them.

Americans, particularly young Americans, were made many promises when President Obama took office. It’s 2014 and it’s time that we asked ourselves: is this really the best that we can do as Americans?

President Obama, I want my American Dream back.

College Fix contributor Ryan Spaude is a student at Princeton University. He is from Little Suamico, WI, and is currently interning at the Republican National Committee.