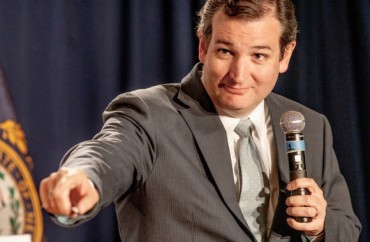 Numerous students and alumni from Princeton University have signed on to a petition demanding the school “formally and preemptively” ban any recognition of Texas U.S. Senator Ted Cruz.

The petition also calls on Princeton President Christopher Eisgruber to consider revoking the senator’s degree, and to demand Cruz resign from the Senate, The Daily Princetonian reports.

The Change.org petition says Cruz’s actions “undermin[ed] confidence in our democracy,” “upend[ed] the American tradition of a peaceful transfer of power,” and “helped bring about one of the most shameful stains on American history.” It notes the example of former president Woodrow Wilson’s name being stricken from a pair of campus buildings.

Continuing a theme used elsewhere, the petition also argues Cruz and those who stormed the Capitol are examples of “white privilege”:

The insurgents fearlessly invaded the very heart of our democracy. Washington D.C. and cities across the country were guarded to the teeth when black and brown people peacefully mobilized against the extrajudicial murdering of U.S. citizens by the police. Yet these mostly white insurgents entered the Capitol with weapons, damaged property, defaced the image of American democracy, and took selfies with the police along the way. These federally illegal actions saw little bloodshed compared to the carnage wrought by police this summer. …

Senator Cruz is culpable for the physical, political, and spiritual damage they have inflicted on our Capitol and our country. …

Senator Cruz’s support of lies designed to snub Americans’ votes is an action fundamentally tied to white privilege in the United States. Insurgents believing these lies defaced our democracy because they thought their voices were more important than the lawful votes cast by Americans. These insurgents attempted to overthrow an election where 91% of black voters voted for President-elect Biden.

For some, the demand to revoke Cruz’s undergraduate (not honorary) degree doesn’t sit well. Alumnus Andy Zheng said Cruz’s actions “beyond his academic career would be grounds for other consequences but not revoking his [undergraduate] degree.” Alumnus Evan Bell added he was “skeptical” of such as an undergrad degree is “based on meeting certain academic expectations and requirements.”

The petition, started two weeks ago, currently is about 1,000 signatures shy of its 2,500 goal.