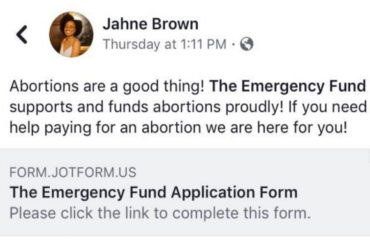 CHICAGO — The abortion debate took center stage at the University of Chicago on Tuesday night as more than 200 students converged at a student government meeting to demand that a loophole student government program that pays for emergency abortions using student fees remain in effect.

Barbin, in his resolution, stated that the impetus for his legislation was a May 16 social media post (above) from incoming student body President Jahne Brown stating: “Abortions are a good thing! The Emergency Fund supports and funds abortions proudly! If you need help paying for an abortion we are here for you!” Brown is also co-chair and founder of the fund, launched in 2017.

Today, undergrads currently pay $1,581 per year in student life fees. Ordinarily, abortions are not covered by student life fees, but the university’s student government created a closed committee known as the “Emergency Fund” to bypass all funding restrictions for the express purpose of aiding “marginalized students.”

By using student life fees to purchase “fundraising” materials—which recently manifested itself in “Redistribute the Wealth” shot glasses—the money that is generated from those proceeds for the fund is no longer privy to institutional restrictions.

The fund has no oversight from student government, as decisions are closed and the committee’s makeup is entirely decided on by the chair. Last school year the fund’s focus was on supporting students in the country illegally.

In October 2018 the fund declared its focus was on “reproductive health.” Last week the fund posted on Facebook: “Need an abortion? The Emergency Fund is proudly pro-choice. Apply for funding.”

Although Rep. Barbin also acts as the university’s College Republicans chapter president, he stressed that he was acting as an individual and not on behalf of the organization as a whole.

“Students should not be financially compelled to violate their sincerely-held moral beliefs,” the resolution stated. “No funds authorized or appropriated by College Council, and none of the proceeds thereof, shall be expended for any abortion.”

The resolution included exceptions for rape, incest and the health of the mother.

As word spread of the proposed resolution, students and student leaders alike immediately voiced displeasure, with over 300 individuals expressing their intent to attend the student government meeting.

Due to the overwhelming response, the meeting room was changed to one with larger capacity, which filled within minutes Tuesday evening. The room was quickly closed off and students crowded the hallways of the building.

While the debate proceeded within the room—in which students called for the defunding of College Republicans and accused the resolution of banning their right to an abortion—students outside took up a series of chants. These included: “Fuck Brett Barbin” and “Our body, our choice,” with several students occasionally mounting a nearby staircase to deliver speeches.

Several students spoke in support of Rep. Barbin’s resolution, however, despite instances of laughter from the crowd.

After nearly 60 minutes of discussion, the resolution was put to a vote and failed, prompting resounding cheers throughout the hall.

The College Fix reached out to Rep. Barbin for comment following the failure of the resolution. 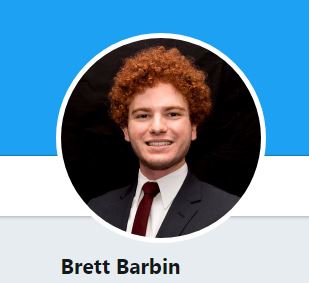 He told The Fix he proposed the legislation because, as an undergraduate representative in student government, several students reached out to him who were “deeply concerned about the use of their Student Life Fees for abortions.”

“Specifically, they voiced their concern after seeing the incoming president of student government post publicly that ‘abortions are a good thing’ and that her committee (the Emergency Fund) would be more than willing to fund them,” Barbin said.

Despite his measure’s failure, he said the meeting was the highest attended in recent memory and it hosted an important conversation.

“Hopefully, more people are now aware of the fact that their Student Life Fee can be put towards abortion,” he said.

Although Barbin was a target of the demonstrators’ angst, he said “we had a productive conversation tonight.”

“Many students who had misconceptions about what this legislation was about had their questions answered by the group of concerned students and me. I would have liked to respond one-on-one to each claim being made against the bill but the rules of parliamentary procedure kept me from answering every comment,” he told The Fix.

MORE: UNC student beats up pro-life activist: ‘This is triggering’