Within the span of four days, a professor from the University of Rhode Island justified the killing of a Trump supporter on “a moral basis,” and claimed the GOP “stopped caring” about the coronavirus once it realized it disproportionately affected minorities. 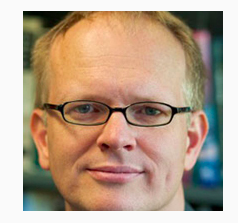 In a September 4 blog post, Erik Loomis wrote that although he (allegedly) is “extremely anti-conspiracy theory,” he doesn’t think it’s a conspiracy “to wonder if the cops simply murdered” Antifa supporter Michael Reinoehl, the man who shot and killed Jay Danielson, a member of the Patriot Prayer group.

“The police is shot through with fascists from stem to stern,” Loomis wrote. “They were openly working with the fascists in Portland, as they were in Kenosha which led to dead protestors.”

Reinoehl was killed by officers acting in US Marshal capacity on September 3 after, according to witnesses, he fired what appeared to be an assault rifle at them. (Another witness disputes that account, claiming Marshals “yelled no warnings or commands” to Reinoehl before firing at him.)

In response to a reader’s comment stating “Erik, he [Reinoehl] shot and killed a guy,” Loomis wrote “He killed a fascist. I see nothing wrong with it, at least from a moral perspective.”

In the blog post, Loomis also included a tweet from historian Manisha Sinha who wrote Reinoehl’s killing “seems like a hit job, an extra judicial killing ordered by Trumpsters.” Incredibly, she began the tweet with “Whether you disagree with Michael Reinoehl’s tactics …”

Whether you disagree with Michael Reinoehl's tactics, he deserved to be arrested and tried in court, not killed by a motley of federal law enforcement. This seems like a hit job, an extra judicial killing ordered by Trumpsters. When you get rid of the rule of law, you get fascism https://t.co/hAqstbGCxx

On Tuesday, Loomis followed up his inanity with a tweet stating that “once Republicans figured out COVID was going to affect people of color and the poor disproportionately, they stopped caring about doing anything about it.”

Yeah, I mean, once Republicans figured out COVID was going to affect people of color and the poor disproportionately, they stopped caring about doing anything about it. https://t.co/7J73Fcl4WQ

Loomis isn’t exactly shy about making idiotic statements; in 2016 he said people shouldn’t think about Fidel Castro “in terms of simplistic moral judgments.” He claimed the Cuban strongman “an inspiration for billions of people around the world seeking freedom from colonial overlords” and was “a tremendously complex person who attempted to rebuild a society around ideas of justice.”

In 2012, Loomis said “f**k the NRA” and that he wanted NRA executive Wayne LaPierre’s “head on a stick” in the wake of the Sandy Hook massacre.

MORE: The most obnoxious college professor quotes – that we know of