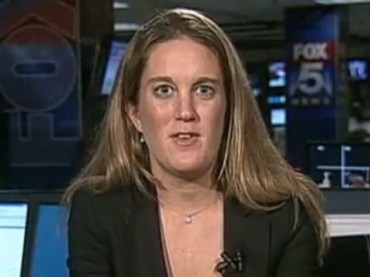 So says Dr. Lauren Feldman, assistant professor of communication and information at Rutgers University, who told The College Fix in an email that Americans have not galvanized behind the alleged global warming crisis because both conservative and liberal outlets don’t cover the topic correctly.

Feldman said she believes that climate change is one of the biggest problems facing today’s society, and the media must do its part.

“I obviously think it is one of — if not the biggest — problem facing society today,” she said.

Feldman’s research shows that, for one, conservative news outlets such as Fox News do nothing to help solve climate change, saying their skeptical views are irresponsible.

“They should not discuss climate change as if the science is up for debate,” Feldman said. “Ninety-seven percent of scientists agree that climate change is real and that it is human-caused; thus, the media does the public a disservice by framing it as if it is a debate in which both sides have equal merit.”

In a study Feldman recently co-published, “Threat Without Efficacy? Climate Change on U.S. Network News,” she argued global warming reporting often delves into the politics surrounding the controversial issue and doesn’t include advice on how people can help the environment.

“A disproportionate emphasis on political conflict may increase cynicism toward government and decrease support for policy action to address climate change,” Feldman told Rutgers for a campus publication. “At the same time, news coverage of climate change provided very little information about what individuals themselves can do, personally or politically, to help reduce climate change.”

In her email to The College Fix, Feldman also pointed out her studies have found that climate change receives very low coverage in the media, with each major network evening newscast only running 2.2 stories per month that mentioned climate change. All this leads to stagnation on the subject, she said.

“When there is not relatively broad agreement among the public that climate change is a problem that requires immediate action, it becomes very difficult to make climate policy a political priority,” Feldman said. “The first step is making it clear to our political leaders at the local, state, and national levels that this needs to be a priority.”

Feldman is currently working with Sol Hart from the University of Michigan under a grant from the National Science Foundation “to examine both how well information about the impacts of climate change and efficacy for actions to address climate change are discussed in the media and how we can best balance information about threat and efficacy to design communication messages that more effectively engage and motivate the public.”

They will be running experiments to test the effectiveness of various methods of communication about climate change with the public.

Meanwhile, Feldman already works to prompt her students into action.

Feldman said that college students should be aware of media biases and their subsequent influences on the public. She said she believes college students should attempt to make their voices heard by government and university officials and suggested that they volunteer for climate-concerned groups, as well as participate in rallies, protests, and boycotts of companies that do not use sustainable practices.

“We need innovation in order to help mitigate and adapt to climate change, and who better to lead this charge than the current generation of college students,” Feldman said.

Feldman teaches “News, Entertainment, and Politics” for Rutgers undergraduates and a course on media and politics for graduates. This fall, she will be adding the undergraduate “Science, Environment, and Media” class.

“I screened an episode of Showtime’s Years of Living Dangerously series in my News, Entertainment & Politics class this spring, and the reaction that I got from many students was that they didn’t realize how far-reaching and serious of a problem it is,” Feldman said.

Years of Living Dangerously is described online as a “groundbreaking documentary series about the human impact on climate change.”

Feldman also said many of her students felt there was not much they could do to make a difference about climate change, which she attributes to media polarization.

However, she said that there are a few student groups on campus, including the very active Rutgers Fossil Fuel Divestment, that are concerned about the issue.

“I think some students are busy being students and don’t realize the magnitude of the problem and/or what they can do about it,” she said.