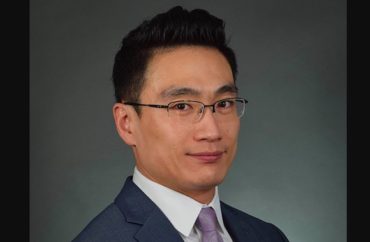 A North Carolina State University professor says diversity has become “a hot topic in the White-dominated space” of outdoor recreation as there exists an “adventure/nature gap.”

KangJae “Jerry” Lee, of NC State’s College of Natural Resources who has a PhD in Park and Tourism Sciences, says the dearth of black Americans in activities such as hiking, fishing and hunting can’t be explained away by cultural differences or income level.

“Systemic racism” is the culprit.

According to KAKE.com, Lee said “The issue becomes excruciatingly clear that historical institutional racism has banished people of color from the great outdoors.”

This history goes all the way back to the Pilgrims when the “wilderness was viewed as a dangerous place, something that needed to be tamed and cultivated to survive.”

But by the 1800s, Lee says white people began to “romanticize” and “racialize” the outdoors. Cities were where immigrants and “people of color” dwelled, and were considered “dirty” and “unhealthy.”

Early environmentalists, tied to the eugenics movement, believed white people could “cultivate tough and boisterous characteristics in the outdoor environment.” Environmentalist Madison Grant considered parks a place where descendants of the Nordics — whom he thought were a “superior race” — could flourish.

Even former President Theodore Roosevelt, who oversaw the establishment of many national parks, did so over fears that the White race would become inferior if they became too soft, according to Lee’s research.

When the National Park Service was founded in 1916, Jim Crow laws had already been implemented in the South, and other racist laws and customs kept Black Americans out of these parks. Even when the NPS officially desegregated its parks in 1945, local ordinances still sometimes barred Black people entry,Lee said.

Instead, Black people were only permitted to use the “Negro areas” of White parks or parks built only for Black people, but these were few and far between and, often, not exactly in good condition, said Lee. Lewis Mountain Negro Area, in Shenandoah National Park, was one of the first of such “Negro areas,” opening in 1935.

In 1952, while there were 180 state parks in nine southern states available to White people, there were only 12 for Black people, according to Lee’s research.

Lee concedes other researchers in his field focus on cultural proclivities and wealth; however, he maintains those factors  ultimately point to racism.

The professor also believes various contemporary instances of (alleged) racism are connected to this history, such as the killing of Ahmaud Arbery, the attack on a pair of elderly Korean women in California earlier this year, and even the white woman who called 911 on a black birdwatcher in New York City.