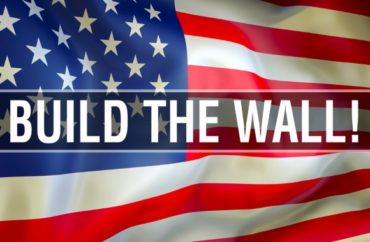 “I nearly had to cancel class because of how shaken I am about seeing a ‘Build the Wall’ banner on our campus, and I can tell you I am far from the only one on the campus whose physical and mental well being was attacked today,” Professor Carlos Tejeda said in an email published by YAF on Wednesday.

The foundation obtained that email and others through a public records act request. Tejeda’s email was among several emotionally fraught responses from professors at the university to Cal State LA Young Americans for Freedom chapter’s spring semester activism focused on border security. It included informational tabling, “Build the Wall” signage, and a campus lecture by the Daily Wire’s Michael Knowles.

In response, Professor Melina Abdullah stated that the activism was “blatantly racist,” and called for CSULA President William Covino to “immediately revoke all permits for such programming and student groups that make such hateful work their core,” according to another email obtained and published by YAF.

And in yet another email obtained and highlighted by the foundation, instructor Gabriela Amilivia wrote that if a campus group supports “family separation” policies — or even turning away migrants at the border — that it would be a “criminal act.” Her email, which is riddled with typos, also states she teaches a course on human rights.

Finally Rita Ledesma, the former interim associate dean for diversity and student engagement, wrote in an email that she wanted the campus “to consider how ‘free speech’ is protected when ‘free speech’ activates psychological trauma.”

President Covino also sent an email to the entire university community, writing that he recognizes the “cost” of supporting free speech on campus and that he “cannot remain silent in the face of actions that ostracize our students who are immigrants or children of immigrants.”

He urged civility in the wake of the unrest.

“When the actions of a few on our campus lack the compassion and sensitivity that characterize healthy dialogue, it is our collective responsibility to restore those values,” Covino wrote before describing his own heritage as the son of Italian immigrants. He also provided the contact information to campus counseling services.

YAF spokesman Spencer Brown stated the emails “show an academic system where departure from leftist orthodoxy earns one status as a white supremacist.”