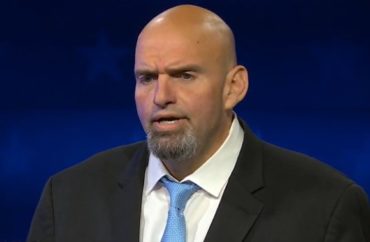 A University of Delaware professor said that questions about a Senate candidate’s cognitive abilities after a stroke is a form of eugenics and “ableism.”

“Democrat John Fetterman’s performance in Pennsylvania’s lone Senate debate provoked intense discussions about his fitness for office while recovering from a stroke,” Professor Jaipreet Virdi wrote in The Washington Post. “Fetterman’s verbal stumbles and pauses intensified Republican accusations that his health is too frail to withstand the job of a senator, even as doctors and disability advocates pushed back on these charges.”

Fetterman, the current lieutenant governor, suffered a stroke in May. He frequently appears stuck on words or confused while giving answers. He is running against celebrity TV doctor Mehmet Oz.

“But while some saw Fetterman’s halting speech and need for closed captioning as evidence of cognitive impairment, the conversation surrounding his fitness is premised on bias and ableism,” Virdi wrote on November 4. She describes herself on Twitter as “[D]eaf & forever a radical.”

“The polished, articulate and groomed image we associate with the ideal politician means that anyone who does not meet this ideal is considered subpar — and hence ‘unfit,” the professor argued. “But that understanding of what makes someone capable of holding office is actually rooted in eugenics.”

Professor Jonathan Turley at George Washington university’s law school questioned some of Virdi’s assertions in an article on his personal website. He criticized Fetterman and his staff for hiding the stroke’s impact until after the primary election and limiting his public appearances.

“As I wrote in [an earlier] column, there is no reason why a senator cannot be fully effective despite a disability, including the use of such devices as readers,” Professor Turley wrote. “The problem in Pennsylvania is that the Fetterman campaign has actively prevented efforts to determine if there are more serious cognitive difficulties for Fetterman in processing information.”