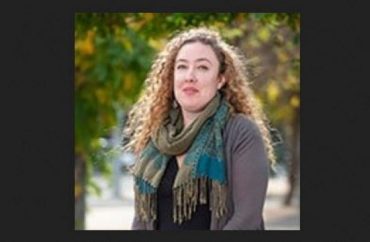 White people are at it again — this time they’re “colonizing the atmosphere,” according to an Australian professor.

Erin Fitz-Henry, who teaches anthropology and “development studies” at the University of Melbourne, writes in The Conversation that the notion of climate change being “racist” actually isn’t new; the medical journal The Lancet noted that as of 2015, the countries of the “Global North” accounted for 92 percent of “excess” CO2 emissions.

And the Global North is overwhelmingly white.

Of course, the term “colonization,” very popular in the realm of critical studies, makes it all sound much more dramatic.

“[M]ost rich white countries, including Australia, are doing precious little to properly address this inequity,” Fitz-Henry writes. “For the most part, they refuse to accept the climate debt they owe to poorer countries and communities […] this injustice – a type of ‘atmospheric colonisation’ – is a form of deeply entrenched colonial racism that arguably represents the most pressing global equity issue of our time.”

Fitz-Henry says a global temperature increase of two degrees Celsius would threaten over 50 percent of Africa with “undernourishment” — despite the continent contributing very little to global warming.

MORE: University students say science should be ‘scratched’ — because ‘colonization and racism’

[R]ich white countries continue to distance themselves from all language of compensation or reparation for both historic and contemporary emissions.

This refusal continues long histories of European racism, including the deeply racialised processes of large-scale extraction that fuelled and sustained the Industrial Revolution from the outset.

Sugar plantations throughout the Caribbean were worked for generations by Africans who were enslaved, generating massive profits for Europeans that were then invested and reinvested in energy-intensive industrial infrastructure. This infrastructure helped fuel the global emissions that remain in the atmosphere today.

British industrialisation would simply not have been possible without the stolen land and uncompensated labour acquired through colonisation and slavery. Compensation for this plunder was never provided.

China currently, and overwhelmingly, contributes more greenhouse gasses than any other country — more than 2 and a half times what the U.S. puts out. And as of 2020, only three of the so-called Global North nations were in the top ten for CO2 emissions (the U.S., Russia and Germany).

The current trend among Global North countries is a reduction of greenhouse gasses. From 2017 to 2020 U.S. emissions decreased approximately 11 percent, in Germany 20 percent, and in Canada, the U.K. and Australia there was a 12, 17 and 4 percent decrease respectively.