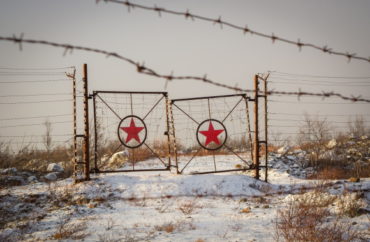 A professor of pharmaceutical sciences at the University of Pittsburgh who came to America 30 years ago as a refugee from the Soviet Union is sounding the alarm on the growing anti-racism movement in the U.S., saying it’s basically a rehashing of Marxism and socialism.

Professor Michael Vanyukov, a professor of pharmaceutical sciences, psychiatry and human genetics at the University of Pittsburgh, warns that essentially race has taken the place of class warfare in the narrative.

“Like the Soviet communists, who used class-based hate and rhetoric to control the ‘masses’ and build the society of ideological slaves, the ‘Diversity’ departments use race. In a way, that is worse, because one can change one’s class, but race is forever,” Vanyukov told The College Fix in an email.

Vanyukov recently took a stand against the University of Pittsburgh’s Office for Equity, Diversity, and Inclusion’s push for anti-racism on campus and its reliance on Ibram X. Kendi’s work.

“[Kendi’s] demagoguery is no different than what the Soviet propaganda taught about the West and capitalism,” Vanyukov wrote in a letter to the editor in UPitt’s University Times.

He called out the diversity office’s effort “for an open-ended ‘ongoing, corrective action […] to foster fair and desirable societal outcomes,’ rather than for fostering equal opportunities and meritocracy,” as a “rehashing of Marxism and socialism.” 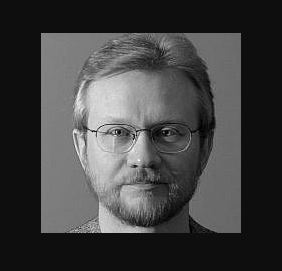 Vanyukov was responding to Office for Equity, Diversity, and Inclusion’s recent email to promote sessions that focus on erasing cultural “anti-Blackness” and “systemic racism” and promote “cultural humility” and “cultural competence.”

The diversity office stated it “is committed to fostering an antiracist culture at the University of Pittsburgh and beyond to address systemic racism and advance racial equity.” It also called for the “dismantling racism in higher education, and across all institutions and communities.”

Vanyukov denounced these statements in his letter.

“The University, an institution of science and reason, is supposed to eschew baseless statements even if they take over public discourse. I have not seen, however, nor does the announcement provide, any evidence that racism, ‘focally anti-Blackness,’ is ‘systemic’ in this country or at Pitt,” he wrote.

Vanyukov told The College Fix in an email that universities that push critical race theory share many similarities to the Marxism of the Soviet Union: “The main is the lack of freedom—to the degree that people who read my letter consider it ‘courageous.’”

“Historically, similar ideas have led to suffering — first and foremost of those who were allegedly supposed to benefit from them. The only true beneficiaries were the ideologues,” he said.

He added that he believes higher education cannot be reformed.

“[T]his country has arrived to its moment of truth, and the truth is sad. That does not mean that we should not fight. What it means is that the chances are slim. You should be ready for defeat while trying to win.”

A representative from the University of Pittsburgh told The College Fix in an email that the school does not have a comment on Vanyukov’s letter to the editor. The university “respects all faculty members’ right to speak freely on any issue.”

Vanyukov left the Soviet Union in December 1990 and immigrated to the United States. He started work at the University of Pittsburgh the next year.