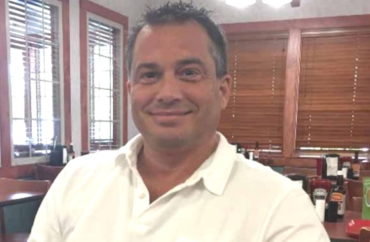 Three questions on a May 2020 college quiz about Islamic terrorism at Arizona’s Scottsdale Community College led to public outcry and a lawsuit from a Muslim student, who charged that “correct” answers would amount to a denial of his faith.

Now, the college system has paid $150,000. However the money went not to the student but to the professor of that course to forego his own legal action, the Phoenix New Times reported.

The quiz was part of an Islamic terrorism module of Professor Nicholas Damask’s world politics course.

Damask has taught at Scottsdale Community College for more than 20 years. He received his “PhD in Political Science from the University of Cincinnati, where he concentrated in American Political Thought and Contemporary Political Violence,” according to his official college bio.

Just the News reported the questions that offended student Mohamed Sabra. They were, in summary:

1. Who do Islamic terrorists “strive to emulate”?
2. Which verses of the Quran are used to encourage terrorism?
3. When is terrorism justified in Islam?

1. Mohammad
2. The Medina verses
3. During (or in the context of) jihad

Sabra argued that to give “correct” answers on this quiz would be to condemn his own faith, according to several news reports.

Damask countered that the answers had to do with the beliefs of terrorists, not the underlying truth of Islam.

The Council on American Islamic Relations sued the college on behalf of Sabra, charging that the quiz amounted to a violation of his, and other Muslims’, First Amendment rights.

Susan Brnovich, a U.S. District Court Judge for Arizona, tossed the lawsuit in August 2020 and the case is being appealed to the Ninth Circuit.

Before the initial case could be litigated, however, the president of Scottsdale Community College, Christina Haines, attempted to hand down her own ruling in the court of public opinion.

President Haines posted a message on social media stating that the quiz content was “inaccurate, inappropriate, and not reflective of the inclusive nature of our college…SCC deeply apologizes to the student and to anyone in the broader community who was offended by the material.” The instructor, who wasn’t initially named, would apologize to the student, Haines asserted.

But Damask did not apologize as advertised.

As thousands of angry Muslim emails poured into his inbox, including some death threats, Damask “grabbed family members, threw some things in a suitcase, and fled his home temporarily,” the New Times reported.

He also spoke to the press at the time.

“The college basically broke every single rule about handling a student grievance that we have, all in the name of handling public relations,” Damask told the New Times last May.

He received support from the academic freedom group Foundation for Individual Rights in Education, which informed the umbrella Maricopa County Community College District that it was violating Ninth Circuit Court precedents related to academic freedom.

That warning, and Damask retaining counsel, appears to have made the difference for him professionally.

The college district issued an apology to Damask for how his case was handled. It also paid him for his troubles and his silence.

In a settlement that the New Times uncovered with a Freedom of Information Act request, the district paid Damask $155,000, with $30,000 of that designated for his lawyer, in return for him foregoing the right to sue the school system or disparage its officials.

Consistent with that non-disparagement agreement, Damask is no longer talking to the press about his case.

David Chami, a lawyer who worked on Sabra’s lawsuit, is angry about the Damask settlement.

“The county took taxpayer dollars to pay a man whose class material…and what he has said about Muslims…is openly hostile to people of that faith. It’s a gross miscarriage of justice. The fact that he’s still employed is offensive to me,” he told the New Times.

But FIRE celebrated the ruling.

“FIRE is happy to see the district take some financial responsibility for disregarding faculty rights, and looks forward to seeing how it plans to strengthen its commitment to academic freedom,” it stated in a news release.