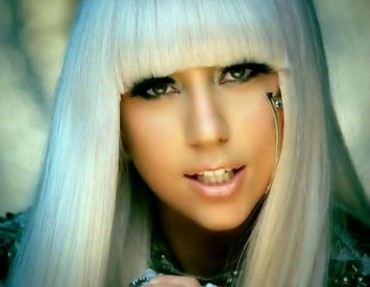 A Duke University professor has named a new fern genus she describes as bisexual after popstar Lady Gaga, and further says the different methods plants reproduce celebrates homosexuality in humans.

Professor Kathleen Pryer led the research team that discovered the new genus, dubbed the Gaga group, in honor of the famously androgynous singer’s celebration of diversity, defense of equality, and support of the Lesbian, Gay, Bisexual and Transgendered community, she said in an exclusive interview with The College Fix.

But underscoring that, Pryer said she hopes to highlight the many different ways plants can reproduce, and ultimately bolster the argument that sexual diversity has many formats, whether that be in plants, animals or humans.

“I am trying to revise the textbook depiction of the fern life cycle because it’s incorrect, it only portrays it happening in one way,” she said. “There are several different ways. There is asexuality. Gametophytes can be bisexual. They can fertilize themselves. They can outcross. There is such a diversity in ways that ferns and plants … reproduce.”

Pryer ties that concept with larger notions of reproduction.

“If you talk about evolutionary success being reproduction, leading to the next generation, then (plants) have figured out all kinds of ways to do that to keep the species going, there isn’t just one way,” she said. “So I want to lend a broader perspective. We tend to think of ourselves and then maybe the larger animal community, but if one looks at all of biology, you would see … diversity in how organisms go about reproducing and ensuring the next generation.”

“Joan was born Jonathan Roughgarden, and she became female, she changed her gender,” Pryer said. “I began to think about her and her talks and how extraordinarily brave somebody had to be to do all the things she did.”

Pryer said one example Roughgarden often mentions is her participation in a huge gay pride parade, and “if being (LGBT) was maladaptive, then why were there so many people like this?”

Pryer said “Evolution’s Rainbow” details some 400 animals that show “odd behavior, homosexuality, or anything that would be called a human quirk.” Now Pryer said she is taking that concept further, linking the diversity in plant reproduction with the homosexual lifestyle, and perhaps even validating it through such a connection.

“We don’t associate ourselves with being closely related to plants, they are distant on the tree of life from animals, and yet … we have to understand – it’s bigger than all of that,” Pryer said. “If we just try to explain something very narrowly, in say this human experience, maybe we are not being open to broader, wider arguments that will make more sense.”

As for the Gaga ferns, “they show a complex variety of ways about accomplishing reproduction,” she said.

“It’s not so much that this particular fern shows something really bizarre in its sexuality,” Pryer said. “It’s that all ferns and many plants do things more than one way to achieve success.”

According to Duke officials: “Like most ferns, the Gaga group is ‘homosporous.’ They produce tiny spherical spores that drift to the ground and germinate into heart-shaped plants called gametophytes. These independent little organisms can be female, male or even bisexual, depending on growth conditions and what other kinds of gametophytes are around. When conditions are right, they exchange sperm between gametophytes, but when necessary they sometimes can also self-fertilize to produce a new fern.”

“The reason we named it after Lady Gaga was not sort of the same reasons recently you have seen, (such as) Beyoncé had a horsefly with a golden butt named after her,” Pryer said.  “That’s cute, but our reason to do it, we like to think it was rather deep. Lady Gaga is an amazing champion for equality and compassion, and we wanted to give her a scientific namesake that characterizes the struggle we have in biology for understanding diversity in humanity, in all of biology, and even in ferns.”