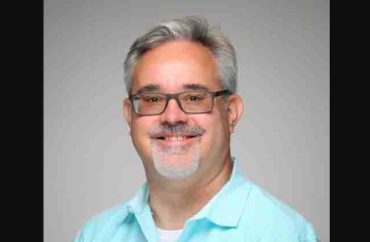 A communications professor at Missouri State University says Donald Trump’s return to Twitter not only will mean more “degrading and dehumanizing discourse,” but possibly even political violence.

Nothing is “nearly as concerning” about Elon Musk’s purchase of the social media giant as allowing the 45th president back on following his early 2021 ban, writes Brian Ott in The New York Times.

Although Trump hasn’t yet officially taken advantage of his reinstatement, Ott, the author of 2017’s “The Age of Twitter: Donald J. Trump and the Politics of Debasement,” believes he will soon given his “need for attention.”

“As someone who has been studying Mr. Trump’s Twitter use since before he was elected president,” Ott says, “I believe that his return would mean the heightened spread of both misinformation and disinformation, the proliferation of degrading and dehumanizing discourse, the further mainstreaming of hate speech and the erosion of democratic norms and institutions.”

But the biggest danger is Trump and his rhetoric being a metaphorical “accelerant” and “match” respectively, which can ignite a Twitter “conflagration.”

Ott believes Trump is a unique danger on the platform because he’s motivated by revenge — which “has long involved symbolic violence in the form of speech that aggressively demeans and dehumanizes others. Such speech risks sparking material violence.”

Mr. Trump’s willingness to share a conspiracy theory around the violence visited upon Paul Pelosi is a case in point, especially given that it appears Mr. Pelosi’s attacker was radicalized online. This sort of callousness and indifference is not new. Mr. Trump has long trafficked in violent and degrading imagery, and ever since losing the 2020 election, he has been mobilizing his army to act on it.

Since leaving office, he has amplified QAnon conspiracy theories, extremism and far-right ideas on Truth Social. A short time later, Mr. Trump told his followers that Senate minority leader Mitch McConnell had a “death wish” for approving a deal to fund the government through December. To ramp up emotions even further, Mr. Trump threw in a racist jab about Mr. McConnell’s wife. Fortunately, no harm came to Senator McConnell or his wife. But Mr. Trump has demonstrated a consistent willingness to invoke racially and sexually charged rhetoric that contains an implicit call to violence.

According to his faculty page, Ott’s primary academic interest is “the intersection of rhetoric and media, and how evolving communication technologies alter the form and character of public discourse.”

MORE: Law prof: Trump could be charged with manslaughter for Jan. 6 riot