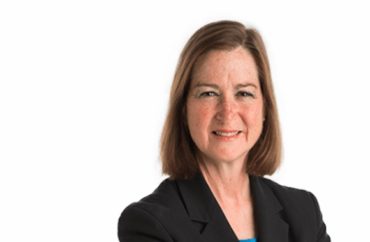 They got him this time. For real. Maybe.

If “Trump Derangement Syndrome” were a real malady, a good number of academics certainly would be diagnosed with it.

It was already bad enough for them when Donald Trump actually got elected in 2016, and even more so in the four years that followed.

Many professors just knew President Trump was guilty … of something.

For example, UC Berkeley’s Martin Fish alleged the president committed “textbook treason” during his July 2018 meeting with Russian President Vladimir Putin. Mark Krasovic of Rutgers University-Newark accused Trump of “voter intimidation” because he had told supporters to “go into the polls and watch very carefully.”

Yale’s Gregg Gonsalves claimed Trump’s COVID-19 response made him guilty of “genocide” against people of color.

And, of course, there’s former Yale shrink Bandy Lee who took upon herself to declare that Trump was “mentally unfit” to hold the presidency.

For them the January 6 Capitol riot, or “insurrection” they like to say, merely served as the coup de grâce of the 45th president’s tenure. Most recently, a University of Michigan law professor told an MSNBC audience that Jan. 6 could lead to manslaughter charges against the former president.

According to Jonathan Turley’s blog, Barbara McQuade (pictured) said on Nicolle Wallace’s show that “there actually is an interesting legal theory here for manslaughter” because Federal law “defines as a death that occurs on federal property when a person acts with a recklessness mindset or even gross negligence.”

And so Donald Trump, unlike most ordinary citizens, has not only a duty not to do something bad, but an affirmative duty to take action to protect people. I think you could possibly put together a theory based on the facts that Liz Cheney just described to make Donald Trump responsible for the deaths that occurred that day.”

Turley notes this idea is not new for Prof. McQuade; back in July she tweeted that Trump could face five manslaughter charges:

Of course, he himself was the one who set this risk in motion by summoning the mob and then lighting the fuse with his Ellipse speech urging them to march to the Capitol, but that conduct raises some sticky 1st Amendment concerns. His inaction in stopping the violence does not.

Like Laurence Tribe’s sensational claim about charging Trump with the attempted murder of Mike Pence, Turley says “the suggestion of a manslaughter charge obviously thrills many viewers. However, it creates a misleading portrayal of the existing law and its limitations.”

Among other things, Turley “knows of no case” that legally binds Trump to an “affirmative duty” to protect others, let alone the fact that he “never actually called for violence or a riot.”