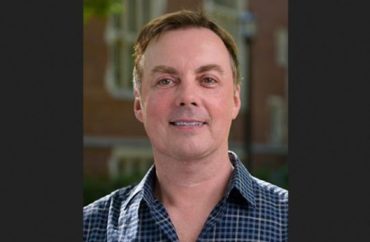 A Oregon professor recently was caught on video berating a fast food worker and inquiring about her and a colleague’s immigration status.

According to KOIN, “students and other community members” identified the man as Reed College psychology professor Paul Currie. He is stopped at what appears to be a drive-through and asks, because of their “rude behavior,” if the establishment hires illegal immigrants.

Currie asks a female employee if she was born in the United States, and after an affirmative response follows up with “where?” The employee replies “Portland!” Currie then inquires about her co-worker (see video below).

Reed College President Audrey Bilger and Dean of Faculty Kathy Oleson said in a statement they received “concerns” about a faculty member “making offensive and racist comments at a local business.”

“We express our support for the employees insulted in the video,” the statement reads. “This matter has our full attention, both to ascertain the accuracy of the video, to engage a valued member of our community in conversation about what it appears to show, and to follow our guidelines for addressing discriminatory speech.”

KOIN notes that in a follow-up email to students and staff, Oleson said the video is “painful to watch and in no way reflective of what we hope for our community.”

Oleson said the college’s Committee on Advancement and Tenure has been tasked with investigating the incident and deciding whether Currie should face suspension or “termination of academic tenure.”

“Tomorrow, I will meet with CAT to determine whether an investigation of unprofessional conduct may be warranted,” Oleson said, noting that the professor is on sabbatical and not teaching. She said she hopes the committee can make a determination before the fall semester.

The dean of faculty said Reed will support students who had been working directly with Currie, “to ensure they have a safe space to complete their studies.”

Oleson said faculty from psychology and neuroscience will step in to support affected students and academic advisees who might be impacted by Currie’s behavior.

The Reed College chapter of the Young Democratic Socialists of America issued a statement on March 25 demanding Currie’s termination. It said his behavior “uphold[s] white supremacy and American chauvinism by insinuating that someone’s immigration status determines their value as a worker and as a human being.”

The YDSA also condemned the Bilger and Oleson statement, calling it “weak” in part due to calling Currie a “valued member of the [Reed] community.”

MORE: Reed College to revise Western Civ class after protests call it too ‘Caucasoid’ and ‘Eurocentric’