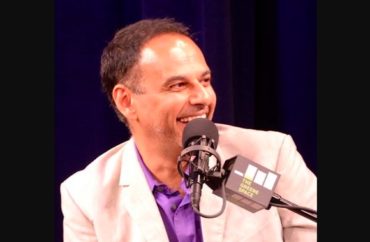 A Brooklyn College professor believes that white Muslims have been “affected” by the “crisis of whiteness” based on the results of a new survey showing a significant percentage of U.S. Muslims harbor “negative stereotypes” … about themselves.

Moustafa Bayoumi told the Religion News Service that results of the “Islamophobia Index” report can be viewed through the lens of the U.S. “being driven by conservative politics centered on whiteness.”

He added it would be “naive” to believe Muslims “would not be susceptible to that same ideology.”

According to the survey from the Institute for Social Policy and Understanding, despite anti-Muslim attitudes decreasing among members of other religions, they’ve risen among Muslims themselves. American Muslims scored a 26 out of 100 on the index while Jews, Protestants and the “religiously unaffiliated” scored 17, 23 and 22 respectively. Only white Catholics and white evangelicals scored higher (28, 30).

“Internalized Islamophobia” is more prevalent among Muslims born after September 11, 2001, after which Muslims were “demonized” and subject to surveillance, the survey report noted.

The American-Arab Anti-Discrimination Committee’s Abed Ayoub agreed with Bayoumi, saying that “the growth of white supremacy and white Christian nationalism may also be influencing Muslims’ own sense of themselves.” He said “We need to get a hold of this conversation before right-wing [conspiracy theories and] media spaces fill that void.”

Regarding the killings of three Muslim students in North Carolina seven years ago, Ayoub blamed the film American Sniper for “the overall way that Islamophobia and anti-Arab sentiment [were] moving” in the United States.

Despite their optimism and high rates of civic engagement, 60% of Muslims also said they experienced discrimination — more than Jews and the general public. Most of the discrimination they experienced was in institutional settings: when applying for a job (37%), when interacting with law enforcement (38%), at the airport (44%) and when seeking health care services (27%).

This year, the survey also asked about discrimination on social media and found that 46% of U.S. Muslims said they experienced bias, such as having messages removed, having accounts closed or being kicked off a platform.

But the finding about internalized Islamophobia was the most concerning, especially since it has grown. Between 2020 and 2022, the score increased 6 points, from 20 to 26.

Studies have shown that minorities can internalize the negative stereotypes of their group from popular culture, news media and political rhetoric, said Muniba Saleem, a professor in media psychology, intergroup communication and diversity at the University of California, Santa Barbara.

According to his faculty page, Professor Bayoumi has written numerous articles for The Guardian including “Why is Donald Trump Jr. amplifying a quack who believes in ‘demon sperm’?,” “Are the Republicans trying to get Ilhan Omar killed?” and “Donald Trump is not blameless when white supremacists slaughter people.” His Twitter profile notes he is the “award-winning author” of the book “This Muslim American Life & How Does It Feel To Be a Problem.”