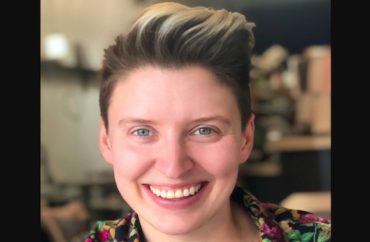 Offering comment to The Atlantic for its article “Separating Sports by Sex Doesn’t Make Sense,” the University of British Columbia’s Michela Musto said society’s routine separation of the sexes for sporting events is “backwards.”

“Part of the reason why we have this belief that boys are inherently stronger than girls, and even the fact that we believe that gender is a binary, is because of sport itself, not the other way around,” Musto said.

The “strict sex segregation” at all levels of sport “gives the impression that men and women have completely different capabilities,” Musto said. She added that “there are some boys who also could get really hurt if they were competing against other boys in contact sports.” (Musto has never heard of “cuts”?)

According to the article, researchers have noted “there may even be more diversity in athletic performance within a sex than between the sexes” (emphasis added), and a “recent small study” found “no innate difference” between the sexes when it comes to youth soccer.

Regarding the latter, the researchers hypothesized that any evident difference “was likely due to socialization, not biology” (emphasis added).

A different youth-sports world is possible. Musto has observed a swim team in California, for instance, whose athletes are separated by ability rather than sex; it has changed how the kids view one another. “It wasn’t a big deal if they had to share lanes with one another or they were competing against one another during practice. Gender wasn’t the primary thing that was shaping the perceptions of who was a good athlete or not,” she said. But as long as laws and general practice of youth sports remain rooted in the idea that one sex is inherently inferior, young athletes will continue to learn and internalize that harmful lesson.

Musto did not appear to garner much support for her views after posting about the article on Twitter.

According to her personal website, Musto is an expert in “gender & sexuality, race & ethnicity, education, children & families, and sport.” She co-authored a study on “gender bland sexism,” a “covert” form of sexism demonstrated in things like the “overtly denigrating to lackluster” coverage of women’s sports.