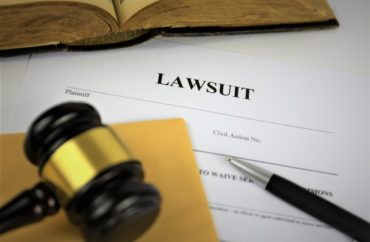 A professor at the City University of New York-Brooklyn has filed a lawsuit against the U.S. Department of Education, alleging that it is illegally withholding documents he requested nearly six months ago.

On October 27, history Professor KC Johnson filed a Freedom of Information request with the Education Department seeking a number of emails from Catherine Lhamon, head of the Department’s Office for Civil Rights.

“I requested the information in the hopes of providing more insight into the [breathtaking] changes in Title IX policy that occurred during Catherine Lhamon’s first stint at OCR,” Johnson told The College Fix in an email Monday.

“Lhamon was both opaque and misleading as to her policy agenda–and my hope is that she was more straightforward in private in explaining her assumptions than she was in public at the time,” said Johnson. “Now that she’s back in charge of campus due process, this background becomes all the more important.”

But according to Hans Bader, Johnson’s attorney, the department has not been forthcoming with the records, instead citing “unusual circumstances” as a reason not to release the emails.

The department has “no possible basis” for withholding the records, given they were exchanged with people outside the government, Bader wrote on Liberty Unyielding on Monday.

Bader stated the “deliberative process privilege” does not apply, which is the most common reason for agencies to withhold records.

In an email to The College Fix, Bader said he expects Johnson’s lawsuit to prompt a speedy release of the records.

“I assume Professor Johnson’s lawsuit will succeed in the sense that the Education Department will turn over the records fairly soon,” Bader told The College Fix in an email Monday.

“Usually, once you sue, agencies release the records to try to moot your lawsuit, then claim they would have released the records soon anyway even if you hadn’t sued (even when it is unlikely that such claims are true).”

A spokesperson for the Department of Education did not respond to a request for comment by The College Fix.

Typically, the department gets 20 days to make a determination as to whether they can fulfill the request. The department states it then may then notify a requester of any opportunity to limit the scope of their FOIA request so that it may be processed within the normal time limit, then request an extension that exceeds 10 working days.

But after 20 working days, the department contacted Johnson, telling him the “scope of your FOIA requests requires the Department to conduct a vast search across multiple program offices, which we anticipate will result in a large amount of responsive records.”

Johnson said there was nothing unique about his request that would cause the department to delay release of his records.

“The FOIA request I made hardly required much work on ED’s part,” Johnson told The Fix. “It’s hard to speculate on why they stonewalled; but it’s disappointing that they did so.”

Bader told The Fix that the Education Department “keeps many FOIA requesters in the dark for months, while responding fairly quickly to other requesters.”

“If the amount of records is small, the Department may produce the documents at the same time it issues a determination on the request (such as sending the determination cover letter and enclosed documents in the very same email or upload),” he said via email.

“If the amount of records is bigger, it typically issues a determination letter indicating whether it will comply with the request, then produces the records themselves somewhat later. The production can be on a rolling basis, with records being released in one batch after another (which gives the agency time to review documents and redact any sensitive privileged information). If the number of records is large enough, the release can take months once it begins.”

On March 31, 2021, The College Fix made its own open records request of the Education Department. One year later, the department still has not responded to the request.

Bader said Johnson is entitled to the records because they give the public an open look at what its government is doing.

“The records sought by Professor Johnson would likely shed light on federal pressure on colleges to quickly expel or suspend students and faculty accused of sexual harassment or assault in murky situations,” he said. “The Obama administration ordered colleges to take action against accused people in gray-area situations, such as where there was no clear and convincing evidence of guilt, and to take interim measures against accused people prior to any finding of guilt.”

The lawsuit was filed in the federal U.S. District Court for the District of Columbia.

MORE: The mob shows up for KC Johnson’s campus talk on due process in sexual assault