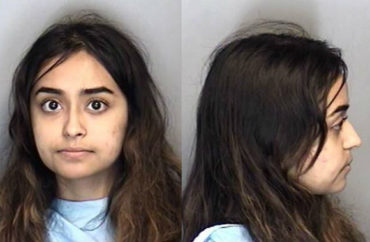 Opened another investigation when he refused to renegotiate ‘resignation agreement’

The University of Illinois continued to probe “demonstrably false” sex-for-grades allegations against a professor even after it agreed to end the investigation in return for his resignation, according to the professor’s lawyers.

When it learned Joseph Petry’s accuser was trying to “blackmail” him for giving her a bad grade, the taxpayer-funded institution did not publicize its findings to the same degree it promoted the allegations, Petry’s lawyers said in a press release accompanying his lawsuit (below).

Filed in the Illinois Court of Claims, which adjudicates litigation against the state, Petry’s breach-of-contract lawsuit is seeking nearly $7.9 million from the Board of Trustees for damaging his reputation and future employment opportunities.

U of I contractually agreed that if he resigned, it would discontinue investigating Summer Naqvi’s claims that Petry offered to raise her grade in exchange for sex, the June 11 suit claims.

Yet prompted by her anonymous public claims against him, which blamed the university for “covering up” his misdeeds, the investigation continued for “nearly a full year” after violating the contract.

After he resigned, U of I opened a separate investigation into whether Petry violated the “aspirational” University Code of Conduct, according to his lawyers. The university did not respond to College Fix phone and email queries.

Naqvi (above) and a friend were charged a year ago with felony counts of battery and “unlawful restraint” against her ex-boyfriend, who allegedly had computer evidence that undermined her claims against Petry.

The professor’s suit says she showed up at his house in February, while the investigation was still going, prompting Petry to secure an emergency no-stalking order against Naqvi. She had been arrested three times prior, he claims. (Naqvi is identified as “Sundas” in the suit.)

Petry claimed he did not know Naqvi had been in his class, saying they met several months later on social media and exchanged photos at her suggestion.

Under her Facebook name “Sunny” (below) Naqvi claimed U of I waited “months” to put him on administrative leave after she brought “unwanted text messages and photos” to police. In her May 5, 2019 post, Naqvi said Petry, his family and friends had made “online threats” after she went public.

The student spoke to police at least three times going back to September 2018, yet the university didn’t open an investigation until January the following year, the suit confirms.

It didn’t tell him the specific allegations – or let him get a lawyer – before an investigator asked him “intrusive personal questions about his sex life and his use of social media.”

When it finally shared the allegations, the university hid the second and third police reports from Naqvi’s interviews, which Petry believes was to hide the “inconsistencies” in her story over time. (It has still not turned over the third report, the suit claims.)

U of I itself suggested the option that Petry resign to spare him from further investigation and the release of what it had documented, according to the filing.

MORE: Naqvi charged after trying to destroy evidence that could exonerate Petry

It signed the resignation agreement in April 2019, which stated the Office of Access and Equity will “discontinue its investigation” and “no formal discipline will be imposed.”

The finalization of the agreement was rushed because Naqvi posted her anonymous accusations against Petry and the university on Reddit while they were exchanging “written proposals,” according to the suit. U of I provided him a “significantly altered draft” and threatened to fire him immediately if he didn’t sign.

Just five days after Naqvi’s Reddit post, university lawyers pressured Petry to renegotiate the agreement so that it would be allowed to continue the investigation.

If he didn’t, counsel Scott Rice warned that university leaders would adopt a “scorched earth” policy and continue the investigation regardless of the agreement, even as he acknowledged Naqvi’s “credibility” issues.

The university hired an outside attorney to resume the investigation and confirmed to the media it was ongoing, citing “the safety and security of students and employees.” The false implication was that Petry “was guilty and a threat to students,” the suit says.

Two weeks later Naqvi deleted files from her ex-boyfriend’s phone and computer – thought to exonerate Petry – while her friend restrained him, according to the charges filed against them. (Three days after that incident, she published her Facebook post against the professor, “apparently emboldened by the positive media coverage” stemming from the reopened investigation, the suit says.)

MORE: Students sue university for prejudging them after rape accuser goes to prison

Naqvi and her friend faced burglary charges in February this year stemming from a second incident they allegedly tried to pin on the ex-boyfriend, according to the News-Gazette. The day after that report, Naqvi went to Petry’s house “apparently” to discuss the ongoing investigation against him, the suit claims, at which point he filed for a no-contact order.

Naqvi’s ex-boyfriend told the outside investigator on May 13, 2019, that she “wanted to destroy [Petry’s] reputation to get revenge” on him for refusing to give her money and change her grade. A file she deleted from the ex’s phone was a “video of her” in Petry’s office, he said.

Nevertheless, the university plowed ahead with the investigation until March 24, 2020, when the final report deemed both her allegations and Naqvi herself “not credible.” Yet U of I did not announce the investigation’s conclusion or its findings about Naqvi, the suit says.

Determined to find him guilty of ‘violation of some kind’

Petry believes the “scorched earth” warning by Rice, the university counsel, referred to what the university would do next: expand his alleged misconduct to include violations of the Code of Conduct, including some unrelated to Naqvi’s allegations.

In order to justify its breach of contract on Petry’s resignation, the university had to find Petry “responsible for a violation of some kind,” even though university rules do not give the Office of Access and Equity authority to investigate code violations.

The code itself does not speak of prohibited conduct in any case, according to the suit: It’s so vague that “virtually any conduct the University dislikes” can be found to be a violation.

A onetime mayoral candidate (below), Petry has not been able to find employment despite being a “highly regarded” economics professor, receiving many accolades and serving as a professional economist in the private sector for 10 years, the suit claims, citing the negative impact of media coverage.

The university released the final report on the code-of-conduct investigation in January, in response to a public-records request, finding Petry guilty of undermining “the public’s trust” in the university.

This finding was “based in significant part” on Petry exercising his right under the 2019 contract to not respond to allegations, the suit claims.