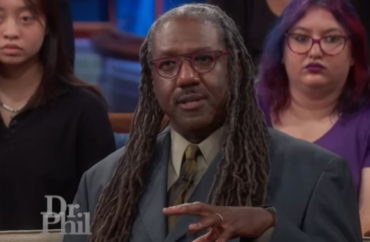 A university professor on a recent episode of the “Dr. Phil” show said “white supremacy is embedded in everything” and put cultural appropriation on the same level as sexism and racism.

According to Harvard University, cultural appropriation “generally entails adopting aspects of a minority culture by someone outside the culture, without sufficient understanding of its context or respect for the meaning and value of the original.”

Lester, during the show, said cultural appropriation “is about humanity or the lack of humanity.”

“When we’re putting on someone else’s culture, that is somebody else’s identity. So when you’re talking about being worried about stuff, I’m talking about this in the context of power and history,” the professor said, according to Fox News.

“When we talk about systemic racism, which many of us started talking about after George Floyd’s murder, we started seeing the ways in which white supremacy is embedded in everything,” he said. “And cultural appropriation is about that. It’s not only about that, but it is about that.”

The Blaze reported the scholar is very serious about cultural appropriation:

“… when I think about and talk about cultural appropriation, is people becoming more aware. We could say the same thing about racism, sexism, homophobia.”

“Absolutely,” Lester affirmed, adding, “I put that on the same level as white supremacy.”

According to Lester’s faculty bio, he has taught English at Arizona State University since 1997.

MORE: Banning ‘cultural appropriation’ is bad for artists and bad for culture