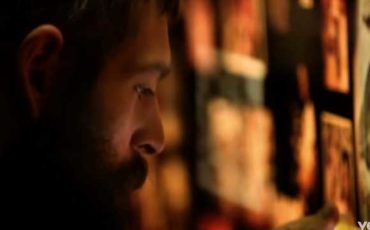 Former Smith College employee Jodi Shaw’s rap performance, originally approved by the college, was canceled in the wake of a perceived racial incident (for which an independent investigation found no evidence of bias or wrongdoing), due to concerns over cultural appropriation.

“The use of rap as a medium by a white staff member and student could easily be perceived as insensitive or cultural appropriation by incoming Smith students and could create a perception by students that the library is not racially sensitive and reinforce the fact that our organization is not very diverse,” Smith said in an email shared by Shaw in one of her videos.

Smith administrators may have reasonably feared that someone might take offense at the rap. However, citing “cultural appropriation” in this disapproving context is misleading and divisive. It is bad for creators and bad for culture.

The term “cultural appropriation” itself is flawed because most incidents it describes do not involve stealing and do not refer to a single discrete culture.

The Oxford Learner’s dictionary defines “appropriate” (the verb) as to “to take something, somebody’s ideas, etc. for your own use, especially illegally or without permission.”

There are two reasons why this definition is not an accurate descriptor of Shaw’s rap, or the reggae of American Jewish artist Matisyahu (pictured) or countless other instances of people of one culture using the genre and styles of another to produce art, even if the second culture has historically been mistreated by the first.

First, artists accused of “cultural appropriation” are not simply taking something, such as a motif or technique, for their own use. They may receive pay for their use of it, but if they are real artists, they are producing something meant to be of value to others. The idea is transmission, not hoarding.

Second, if “appropriate” means to steal, or take without the owner’s permission, theoretically one could avoid “appropriation” by asking for permission. This is perfectly reasonable when one is asking to use the work of another individual or a group with clear boundaries.

But if a person adopts a form or technique developed by an unspecified or unknown group in another culture, even a marginalized one, how does one ask that culture for permission? Who could be authorized to grant it, and how?

This is why we don’t legally assign ownership to a “culture,” a nebulous concept whose boundaries are up for debate.

Those who criticize “cultural appropriation” may be drawing on a valid insight. There is a history of powerful people taking over the possessions or creations of oppressed people and profiting from them without acknowledgement.

This move is behind many cases of art theft, for example, often in which artifacts are stolen from their country of origin and put in museums that profit from them without acknowledging or compensating the artists.

It is wrong and illegal to steal objects and artwork, such as that which could be covered by intellectual property law, from a particular person or a group. It is immoral for a corporate entity or a group to profit off other peoples’ work while denying their influence or their claims to compensation.

But this is distinct from using the forms and techniques developed by many people within a culture, which always has porous boundaries anyway, to make something of your own.

An artist should acknowledge her roots. But she should not negate her own agency and creativity by assuming that the cultural influences that nourished her are wholly responsible for her own work.

Artistic vitality emerges from the mingling and cross-pollination of cultures

“The idea that people can come together while ‘respectfully’ refraining from becoming more like one another is, in all senses, hopeless,” black linguist John McWhorter wrote in a 2017 op-ed in The Daily Beast. “In the melting pot that was Harlem in the 1920s, whites were picking up new ways of singing and making music from black people and creating today’s American musical landscape.”

“Were George Gershwin and all of those country singers picking up the blues ‘appropriating’ musical styles they should have given back?”

Artists work by making connections between new things, bringing together and mixing disparate elements. That includes styles, forms and techniques from different cultures, often those that live alongside each other, like the cultures of Americans of European descent and those of Americans of African descent. It’s hardly possible to cleanly trace every line of influence, much less to ask for permission to use each one.

Many ideas that have influenced American racial thinking come out of black culture, of course, but we would never accuse a white professor of “cultural appropriation” because he developed an original lecture based on Ibram Kendi’s theory of “antiracism.” His use is a homage, not a steal.

Examples of cultural borrowing and transformation exist all around us. I am a woman of mostly Irish and Italian ancestry. However, I might in a single day clean my hands with a soap made in India, wear a blouse designed and produced in France, tidy up my room with Japanese techniques, warm my legs with a blanket woven in Mexico and cook a dinner based on a recipe developed in Korea.

Lifestyle reporter Jenni Avins described in The Atlantic her own appreciation and use of cultural forms and artifacts from around the world.

“I deeply appreciate the craftsmanship and design behind these items, as well as the adventures and people they recall,” she wrote. “And while I hope I don’t offend anyone, I find the alternative—the idea that I ought to stay in the cultural lane I was born into—outrageous…I don’t want to live in a world where the only cultural inspiration I’m entitled to comes from my roots.”

Both Avins and I also speak and write in Modern American English, a language that evolved from a group of dialects brought to Great Britain by Germanic peoples in the fifth century. Through many phases of development over more than 1,600 years, virtually every culture that has come into contact with American English has refined and enriched it.

Many strands of our language can be traced to racial and ethnic minority groups, black Americans in particular. If I say “my bad” to apologize or “that’s bourgie” to describe a pretentious party, I’m using language developed by black Americans, according to ​​Farooq Kperogi, a Nigerian-American journalism professor. McWhorter wrote a book about how black English contributions have become an American “lingua franca.”

“The grand old empires (including the ones in Africa) were all about rampant interethnic appropriation. Every language in the world is shot through with words and grammatical patterns from other languages—that is, signs of people in the past doing what we would call ‘appropriating,’” McWhorter wrote.

Furthermore, a ban on cultural appropriation would stunt the reach and growth of an art form by forbidding most of the world from developing and popularizing it. That would be a disservice to a culture that originated the form, in part by limiting that culture’s own creativity.

If you put something out into the world and miss how other people change and develop it, you’re missing an opportunity to learn new aspects of your own creation.

McWhorter calls “cultural appropriation” in this sense a “mental straitjacket.”

“Yet some will insist that we…allow this as a ‘progressive’ new take on what it is to be a human in a diverse society,” he wrote. “But it won’t work. What’s the evidence? All of human history.”

“So we don’t even need to explore whether cultural cross-fertilization is a good thing in itself. All we need to know is that we will never arrest it, and that a stipulation that brown people in America must be shielded from it will serve no purpose except to provide people with something to be upset about. It will keep happening,” McWhorter stated.

It will keep happening regardless, and we should all consider ourselves richer for it.