A professor of English at the University of Wisconsin Oshkosh, fed up with the push to protect college students from ideas they don’t like or disagree with, has decided to take matters into his own hands, at least where his classroom is concerned.

Professor Duke Pesta has his students sign a contract at the beginning of class that asks them to “please drop the class immediately” if they are “triggered” by ideas that offend them.

Pesta, a conservative scholar who has taught at various colleges and universities for the last 25 years and is also host of The College Fix’s Campus Roundup YouTube show, said his two-page contract is something he created a year-and-a-half ago to counter the trend of infantilizing college students when it comes to academic debate and the free exchange of ideas on campus.

“In this course, we study literature from cultures that existed before you were born. Their world is not our world. Their beliefs may not be our beliefs. No one asks you to believe or endorse any premise, attitude, precept, theology, political system, or ideology contained in these books or expressed in class. Nor will you ever lose points or be docked grades because of your opinion (written, oral, or otherwise),” the contract’s Statement of Purpose explains.

“We will not malign or trivialize these texts because they do not always parrot our values. We will not assume these books are racist, sexist, or homophobic because of the period in which they were written, or because of the race, class, gender, or religion of the authors,” it continues.

“People who approach alien cultures with such preconceived notions are bigots masquerading as critically sophisticated advocates, often in the name of ‘social justice.’ Persons who so diminish the past are neither social nor just, especially when they compel students to adopt their biases.”

The contract goes on to list provisos students must agree to, including:

Please drop the class immediately if you are triggered by free speech, the free exchange of ideas, or people who express and defend ideas or opinions that differ from your own.

Please drop the class immediately if you are triggered by open, direct, and adult discussion of issues, including but not limited to issues of faith, war, violence, race, gender, and sexuality.

Please drop the class immediately if you are triggered by recurring encounters with heterosexuality, traditional gender identities, sympathetic representations of Christianity (or religion in general), positive examples of free markets or capitalism, or unapologetic encounters with patriotism, hierarchies, or meritocracy-based institutions or attitudes.

Please drop the class immediately if you feel entitled to censor the thoughts or words of others or insist they tailor their language or attitudes to your preferences.

Pesta, in an interview with The College Fix, said he’s used this exact version of the contract for three semesters. Before that, he said he used a much less specific version for about eight years. 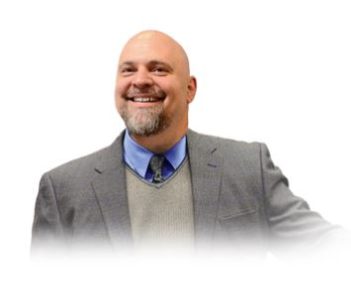 “I have learned through personal experience that university administrators and equity officers are often not willing to defend classroom speech, even if that speech is taken directly from books or used to explain them,” said Pesta (pictured).

“Students are now keenly aware that they can put professors through an intrusive investigatory process just by complaining, even without any corroborating evidence. I have even had department heads who allow students to substitute required classes for other courses just because students complain about what they have ‘heard’ a professor’s classes are like,” Pesta added. “My contract is an attempt to make it harder for these kangaroo court investigations to be launched in the first place.”

New research shows that trigger warnings may be harmful to students, and Pesta said he finds them “appalling from an educational standpoint.”

“But I have come to realize that they may have more utility for professors than students,” he said. “It’s one more way to try and indemnify yourself from malicious and unfounded complaints by driving away at the outset students who only want their own preconceived ideas validated.”

“I’ve not encountered a student yet who would not sign,” he said. “I do tell them, when I pass it out the first day, that if they refuse to sign they will have to meet with me sometime during the first week of classes to discuss the contract and make sure we’re on the same page.”