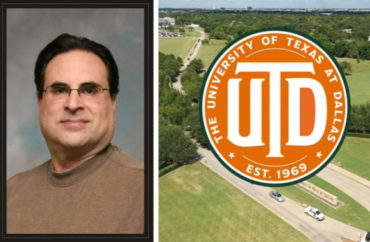 UT Dallas professor has since apologized: ‘It is clear to me that my comments were offensive and hurtful to many’

A professor is under investigation for a tweet deemed “harmful” by some who argue it is an example of “homophobia and misinformation.”

In the mid-July tweet, Farage cited an article from the Daily Mail regarding the high rate of Monkeypox within the gay community headlined: “NYC reveals that 95% of monkeypox patients in the Big Apple are men with ZERO women having been infected so far – and at least 60% are ‘LGBQ’.”

Farage defended his statement in comments linked to his tweet after being challenged, stating he doesn’t “think homosexuality is wrong. I think it is a medical disorder,” screenshots published by the Mercury student newspaper show.

“I was being compassionate by asking if a cure for homosexuality could be found,” Farage also said in an email obtained by the student newspaper. “I don’t know if it can, but I’d like to see research about it. I have had four homosexual friends (three men and one woman) who wished they were heterosexual. There must be many others who feel the same way.”

In response to the tweet, UTD published a statement July 16 that denounced comments that “disrespect groups or individual members of our community.”

The student vice president of Pride at UTD told the Mercury student newspaper: “It’s incredibly worrying that a professor can openly say something so abhorrent. Even more worrying is that he might face no recourse for this. I can only hope that some sort of recourse will be taken and he will be reprimanded in some way. The safety of students should be an absolute priority, and no queer students should have to take a class with a professor who is so openly hateful.”

Two days after campus leadership denounced Farage’s controversial comments, on July 18, the university announced an investigation into him. Administrators also created additional sections of his class this fall with a different professor to “help our students remain on track to complete their degree while learning in a safe environment for them.”

Comets, please read this statement from the University: pic.twitter.com/RFN5YLvB7G

Farage did not respond to a request for comment from The College Fix, but told the Dallas Morning News he only hoped the tweet would “be helpful and compassionate.”

“If somebody doesn’t want to be [homosexual], why not try to find a way to help them do that?” Farage said.

The Foundation for Individual Rights and Expression on July 22 condemned the university’s investigation into the scholar and demanded it end.

“Farage’s tweet remains protected because it does not fall into a category of speech unprotected by the First Amendment, like true threats, harassment, or incitement,” stated FIRE’s Sabrina Conza.

In an email to The Fix, Conza compared Farage’s situation to that of another professor, Stuart Reges, a computer science professor who filed a lawsuit against the University of Washington earlier this month alleging his employers violated his free speech rights.

“UTD and UW must drop their investigations and commit to respecting faculty First Amendment rights,” Conza said. “Regardless of the controversy it caused, UTD must immediately cease investigating Professor Farage for his political speech.”

When asked to comment, UTD university spokesperson Phil Roth pointed The College Fix to both the university’s posted Twitter statements and the School of Engineering and Computer Science’s official statement.

“People who have loved outside of heteronormative ways have made significant contributions to STEM and the world,” stated computer science Dean Stephanie Adams. She described creating “environments of diversity, equity, inclusion” as “priorities.”

“Being your most authentic self whether that is black, white, gay, straight, Christian, Buddhist, fully able-bodied or not, should feel welcome and as if you belong,” she stated.

On July 25, Farage issued an official apology in a letter published by the Mercury student newspaper:

“A week or so ago, I tweeted about an article dealing with monkeypox. The article said that a common way to transmit this disease was by men having sex with men. My comment about the article was I thought that doctors should try to find a cure for male homosexuality. I actually thought that this was a compassionate comment because I’ve had a few homosexual friends who wished they were heterosexual. Since then, I’ve received a great deal of negative feedback. And it is clear to me that my comments were offensive and hurtful to many. I promise you that I had no intention of offending anyone. And I deeply apologize to those who were. Students who have taken courses from me know that I harbor no ill will towards anyone, and especially not because of their sexuality, or race, or country of origin. Please forgive me.”

MORE: Professor’s lawsuit demands free speech rights in ‘battle for the soul of the university’