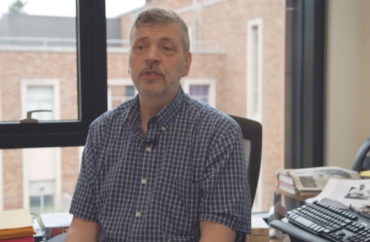 “There is a battle going on for the soul of the university.”

That’s how Professor Stuart Reges responded to an email from The College Fix asking why the First Amendment is important within higher education and why he is suing his employer to protect that constitutional right.

“A small group of activists are trying to limit the range of ideas that can be expressed on campus,” Reges said.

Reges filed a lawsuit last week against his employer, the University of Washington, after administrators punished him for his controversial land acknowledgment statement. He accuses administrators of retaliating against him for protected political speech.

A computer science professor, Reges had inserted his own spin on a land acknowledgement statement UW recommended every professor put on their syllabi.

UW’s suggestion: “The University of Washington acknowledges the Coast Salish peoples of this land, the land which touches the shared waters of all tribes and bands within the Suquamish, Tulalip and Muckleshoot nations.” 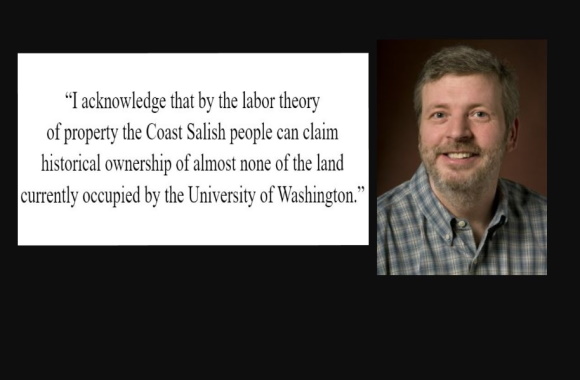 Instead, Reges put: “I acknowledge that by the labor theory of property the Coast Salish people can claim historical ownership of almost none of the land currently occupied by the University of Washington.”

The university initiated an investigative hearing over the matter, ordered the removal of the clause from the syllabus, and opened a new section of the class at the same time as Reges’ class for offended students.

“In addition,” the professor’s lawsuit contends, “the University opened a protracted disciplinary investigation into Professor Reges — which remains ongoing — in which the Defendants are currently assembling a disciplinary committee to consider whether to further punish or even terminate Professor Reges because of the views he expressed in his dissenting statement.”

She added “there is no UW policy requiring that any instructor include a land acknowledgement on their syllabus.”

The Foundation for Individual Rights and Expression had sent a January 2022 letter to UW claiming its officials had violated the faculty code in their actions toward Reges. The university allegedly refused to acknowledge the letter.

With a lawsuit now filed, UW will first “have an opportunity to respond in writing” to the suit, Reges told The Fix.

Ultimately, the case alleges that Reges’ First Amendment right to free expression was violated by the university, according to Joshua Bleisch, legal counsel from FIRE.

“If Prof. Reges wins, his case will reaffirm that faculty speech is protected when speaking about public issues, even when doing so as part of their teaching,” Bleisch said in an email to The College Fix.

Bleisch said there is precedent that a “shadow class … may violate the First Amendment.” In addition, the Supreme Court has regularly upheld academic freedom in college settings, he said.

Reges, in a video for FIRE, said he is no stranger to controversy.

“I’ve said things I am not supposed to say. I was openly gay in 1979 when it was not popular to be openly gay. I talked about the war on drugs in the early 90s and got fired from Stanford for doing that,” he said.

“And for the last four or five years I’ve been dealing with what I call the ‘equity agenda,’ and fighting back against that,” he said. “And so I took the opportunity to make a political statement that I knew they wouldn’t be happy with.”

While many university leaders believe that students are “fragile,” Reges told The Fix that he finds “students are eager to discuss these controversial issues and [are] perfectly capable of discussing a wide range of opinions.”

Despite ongoing litigation, Reges said he will continue to teach this fall at UW.

“I plan to include my version of the land acknowledgment on my fall syllabus,” Stuart said.

The investigation in Reges at UW is still pending and Reges said the dean of engineering responsible for the next stage of the process has informed him that a decision is delayed due to the summer break.