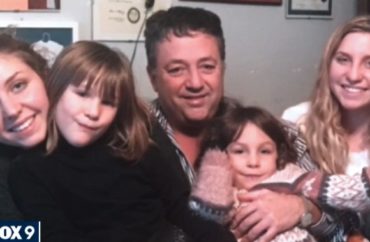 She previously made similar allegations against dead ex-husband

Three years ago, Francesco Parisi beat charges that he anally raped his ex-lover.

She had made progressively worse accusations against the University of Minnesota law professor as they battled each other in court over Parisi’s efforts to evict her from the studio he partitioned for her in his condo.

The media refused to name her at the time, but now that Parisi has won a $1.2 million defamation case against her, everyone knows that a court found Morgan Wright’s accusations were not only false but “made with malice,” Fox 9 reports.

It’s too little and much too late for Parisi, a father of five daughters (above) whose reputation was destroyed even as the justice system found serial problems with Wright’s allegations.

She also claimed he tried to run her over “in broad daylight in downtown Minneapolis.”

Wright (below) was too lazy to even come up with substantially different allegations than those she had made against an ex-husband, now dead, a decade earlier. 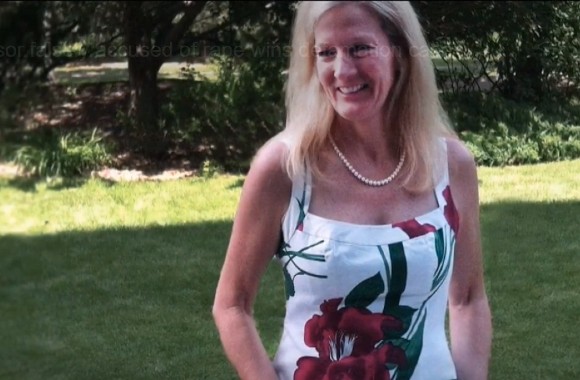 While Parisi’s dean cheered his exoneration at the time, many of his students, “especially the women, assumed he was guilty” as soon as he was charged, the station reported: “Enrollment in his classes dropped by 60 percent with some classes cancelled.”

Despite this, Law School Dean Garry Jenkins thanked the community “for upholding the values of our profession by withholding judgment and permitting the judicial process to run its course,” as noted in an email reprinted by Above the Law.

This is the accuser whom most of Parisi’s students chose to believe:

[Hennepin County Judge Daniel] Moreno meticulously details a half-dozen other fabrications in his findings. She lied about having a degree in music from Julliard, about being a doctor, and having other advanced degrees.

She has also claimed her father was former U.N. Secretary General Dag Hammarskhold, who was a bachelor, likely gay, and died in a plane crash. She even adopted his name.

And while Wright claims to be destitute and on disability for a seizure disorder, she lives in a luxury downtown condo and is known to drive a Mercedes convertible.

Parisi’s mother died shortly before he was exonerated.

Criminal defense lawyer Scott Greenfield summed up the defamation victory as “a piece of paper” for Parisi.