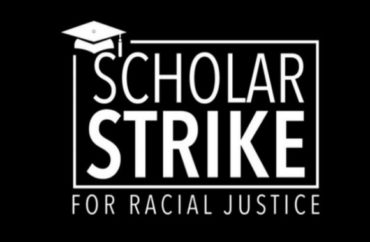 Professors across the nation have focused their efforts this week on condemning the police, systemic and institutionalized racism, implicit bias, white privilege, racial inequality, colonialism, the prison industrial complex, white supremacy and many other left-wing topics as part of a “scholar strike” underway.

The strike, which launched yesterday and continues today, aims to educate students and the masses on all the various components that make up critical race theory topics.

According to organizers, participants will “refrain from teaching and all administrative duties” and instead use this time as a public teach-in. Some have canceled classes to participate. Many scholars are taking part in online education panels.

Twitter is abuzz with racial and social justice mantras as academics use the hashtag “ScholarStrike” to share ideas and speak out.

The effort was started by Anthea Butler, an associate professor of religious and Africana studies at the University of Pennsylvania, and Kevin Gannon, a history professor at Grand View University in Iowa.

In a joint op-ed for CNN, they explained they believe it is “a good time to reflect and interrogate what has been happening in our nation, and the ways in which historical issues of race, racism and policing in America have bought us to a precipice today.”

Programming for the strike can be found from coast to coast.

At Wake Forest University in North Carolina, for example, its educators have put together a “Scholar Strike for Racial Justice WFU” for today, a teach-in that “will introduce participants to the realities of mass incarceration and racial injustice” in the Winston-Salem area and connect participants with progressive activist groups such as Occupy Wall Street.

Over in California, Amber Crowell, an assistant professor of sociology at Fresno State, took to Twitter to publicize a lengthy thread on “racialized violence” in her region.

“Police are the enforcers of protection of White neighborhoods and property, always have been,” she tweeted as part of her thread posted Tuesday.

21. Police are the enforcers of protection of White neighborhoods and property, always have beenhttps://t.co/MbZeb3kdEl

Also in California, a bevy of activities are slated for Cal State Long Beach.

“The two-day class cancellation begins with the suggestion to watch the film 13th by Ava Duvernay, which examines the country’s history of racial inequality and how it drives the high rate of incarceration in America. The schedule also includes a document calling for the acknowledgement of the First Peoples whose land the campus occupies,” reports Newsbreak.

Many have taken to Twitter to give updates on their strike activities and to continue the conversation. For example, one group apparently representing Saint Louis University posted a picture with the phrase “a system can’t fail those it was never meant to protect #BLM.”

Another poster pointed out their efforts “challenging white supremacy” were inspired by professional athletes.

Let it not be lost on anyone that #ScholarStrike for racial justice is inspired by athletic workers in the WNBA and NBA. Challenging white supremacy (as structure and movement) requires the broadest notion of solidarity and collective action. Thx, athletes, for leading the way. pic.twitter.com/aFyNbSXyBk

Writing in Forbes, education writer Stephen Gavazzi predicts the strike may be an “omen of things to come.”

“The rapidly increasing numbers of people who have signed on as participants in #ScholarStrike provides some clues on this matter. Professor Gannon reported that over 4,900 people were signed up just ahead of the Labor Day holiday weekend, an eight-fold increase in less than a week’s worth of time,” Gavazzi reports.

“So, it would seem to be the case that the #ScholarStrike movement is not only picking up steam, but also may be a surefire sign that the social unrest being witnessed on America’s streets will both influence and be influenced by what goes on within the walls of our nation’s universities.”