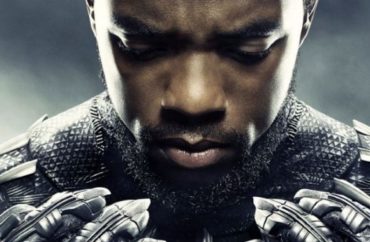 Recently, People magazine reported that “parents of white children may want to think twice before purchasing a Black Panther Halloween costume this year,” citing some concerns about racial insensitivity and cultural appropriation.

The College Fix emailed dozens of African American Studies professors across the nation to determine whether the concern of white children dressing up as a black character in a Marvel movie was considered true cultural appropriation and racism or simply oversensitivity to racial issues.

Of the four professors who responded to the inquiry, most said they believed that as long as the white children, and their parents buying the costume for them, are not doing so in a way designed to mock black people, such as wearing blackface makeup, then it is OK to dress as T’Challa, a.k.a. the Black Panther.

“As long as they don’t paint their children’s faces darker, I don’t see a problem,” said Yevette Richards, associate professor of African and African American Studies, at George Mason University.

“As long as they don’t put on black face makeup or wear the costume in a way intended to mock black people, I don’t see how it’s racially insensitive,” she said. “I think black people have far greater concerns surrounding racial insensitivity in this cultural and political climate than a child’s superhero costume.”

“While I understand the sensitivity folks have, I think people should exercise the freedom to dress in whatever costume they felt like wearing,” Amkpa said.

“The hype, I feel, is the notion that black folks have nothing better to do than to spend their time worrying about appropriations,” he added. “Black Panther is not owned by black people. Individuals who can justify their choice of costumes should go ahead in expressing themselves as they see fit. Freedom of speech is sacrosanct but cognizant of hate speech.”

But Mark Hopson, director of African and African American Studies at George Mason University, had a somewhat different stance on the issue. While he is OK with the notion of white kids wearing the costume, he said he believes families should give it some serious thought.

“Cultural appropriation is a historical and ongoing issue because of the ways in which oppressive power continues to impact marginalized individuals and groups within the United States,” he said.

He cited the People magazine quote that parents might want to “think twice.”

“I agree with the quote above. The words ‘think twice’ are important,” the professor said. “Cultural appropriation is a process based largely in ignorance and irresponsibility for the ways in which dominant Eurocentric ideologies work to minimize and dismiss contributions of people of color. We see this every Halloween with caricatures of race and ethnicity. We also see it in sport mascots, music and film.”

He said the Black Panther movie is a film “laden with themes of Black creativity, solidarity and liberation.”

“Sensitivity suggests an awareness. Responsibility includes acting on this awareness. Education, information and consciousness-raising are necessary to make responsible decisions,” he added.

MORE: University provides practice costumes to teach students how to dress for Halloween