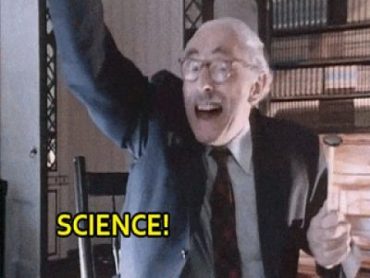 Coastal & Estuarine Ecology Professor Josh Drew published an open letter to his class in the wake of Donald Trump’s election victory advising them that if they feel “sick,” “tired,” or “need to check in with the communities that [they] hold dear,” they don’t have to show up for class.

Any pretense of objectivity is thrown right out the window:

“Last night we saw a refutation of the values that this, and many other, universities hold dear – equality, thoughtfulness, scholarship, and a belief that sound decision making will triumph over the noise and clamor of demagoguery. Unfortunately we also saw that the historical legacies of racism, sexism, and ignorance, still run deep within large swaths of our country.”

But — if students can manage coming to class, they’ll find the subject matter is most important … as the incoming Trump administration’s “demonstrably anti-science” attitude is a major source of worry.

It is ok to feel hurt and surprised. It is ok to question the future of our country, and our country’s role in global policies and phenomena that we study here in class. In addition to electing a man who claims that climate change is a myth perpetuated by China for economic advantage, the citizens of Florida also reelected Marco Rubio who does not think that human activities can influence the climate. It is tempting to fall back on cynicism or sarcasm in times like this. To think that if Florida keeps electing individuals that do not believe in climate change that eventually the problem will take care of itself. However if I’ve taught you anything this semester it is that the ocean is interconnected and that changes in one place ripple throughout the rest of the system. Much like the ocean our nation is interconnected and we cannot look at the bastion of blue where our university is located and say “this is someone else’s problem”.

Why are we having class today? Because the administration that was just elected is demonstrably anti-science, anti-climate, and by extension anti-ocean. As students who are majoring in ecology and evolutionary biology you are facing a unique suite of challenges. To the seniors in the class, you are going to graduate within Trump’s first 100 days, to a time where the Republicans hold the house, the senate, and most likely the Supreme Court. To the juniors you are going to graduate within his first two years, and before any potentially ameliorating midterm elections. Thus, you are going to be graduating into a challenging time. A time when your science needs to be better, your arguments more convincing, and your commitment to protecting our natural environment fiercer.

Drew concludes in part by telling his charges that they “are going to have to up [their] game to operate in a culture that does not value the beliefs [they] hold dear.”

The College Fix was alerted to Drew via Irving Harper, a student at the University of Hawaii at Manoa. A three-time combat veteran, Harper had received a post-election email from his psychology professor, Victoria Narine, which, er, drew from Drew’s missive:

Last night we witnessed an unprecedented event: the election of an individual who perpetuates inequality, gender violence, discrimination of every flavor, misogyny and racism. This election came down to one concept: respect. If there’s one thing I’ve tried to teach you this semester, it’s that we all must respect everyone else, no matter how different they are from us. We respect their sexual choices, their gender choices, their social choices. The election of Donald Trump, however, indicates that respect is dead in this country.

This newly elected president is higher education’s worst nightmare. He doesn’t believe in climate change, he believes that abortion is a punishable offense, and that millions of individuals can easily live without healthcare. He’s also anti-science, anti-data, and anti-intellectualism.

I’ve attached a letter written by a biology professor at Columbia University in NYC. This letter was written to his students, urging them to continue their studies regardless of the challenges faced by future scientists. Please read this letter and be prepared to discuss it in class tomorrow.

So please, read the attached letter and be ready to discuss its implications and the implications of this unfortunate election as sexuality scholars. I’ll see you all tomorrow, underneath a giant raincloud that we call the next 4 years.

Nothing like being a professor for all your students, eh?

MORE: Profs soothe Trump-traumatized students by doing nothing in class