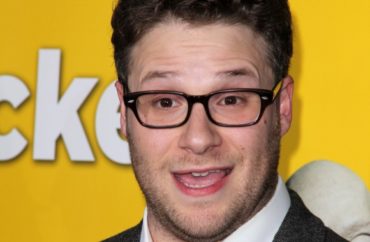 Psychology Today, a popular mental health magazine, has removed an article written by renowned evolutionary psychologist Gad Saad that called out actor and comedian Seth Rogen as a moral hypocrite.

The feud between Saad, a marketing professor at the Montreal-based Concordia University, and Rogen began after Saad told a fan on Twitter how Rogen exemplified celebrity existential guilt, a topic he covered in a recent YouTube video.

In his tweet, Saad referred to the actor as a “CLASSIC example” of the phenomenon.

In response, Rogen attacked the video, calling it “so stupid,” and questioning why, then, did he support socialism prior to being a celebrity.

“Thanks for watching,” Saad tweeted in reply. “Many young people are socialists when they are driven by immature impulses of utopia. They then grow up.”

“You are a grown man with tons of money. Your current stances are rooted in vacuous empty signalling rooted in a desire to belong in Hollywood. It takes zero courage to hold your stances within the entertainment ecosystem. You espouse bullshit rhetoric that wins you points at the cool kids’ parties but you are otherwise as ignorant as my out-of-order toaster,” reads Saad’s response in part.

Psychology Today, a publication that Saad has written for since 2008, has now decided to pull the professor’s recent article on the matter.

A screenshot from Saad’s social media explains the move from Psychology Today.

“In explaining the hypocrisy of the ruling class and in my interaction with Seth Rogen, I used terms such as ‘hypocritical fraud’ and ‘vacuous parasitic signalers.’ This was apparently unacceptable.” 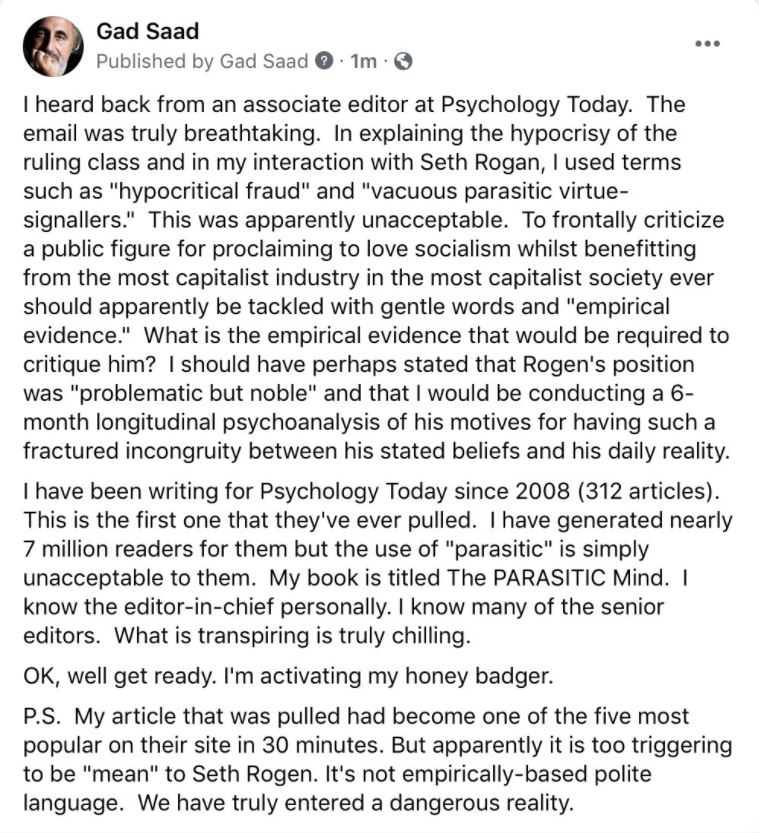 Saad’s canceled article from Psychology Today has since been uploaded by three other outlets.

Psychology Today did not respond to requests Monday from The College Fix seeking comment.