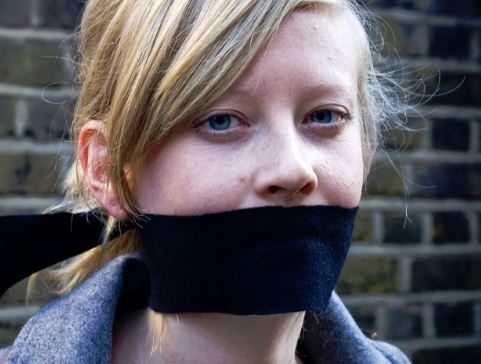 INDIANA – Ball State University’s President Jo Ann Gora on Wednesday declared the theory of intelligent design not science, but rather a religious belief, effectively banning educators during science classes from delving into the notion that an intelligence of some sort helped form the universe and life on Earth.

Her comments come in the wake of the university receiving national attention and legal pressure over its “Boundaries of Science” class, which included theories of intelligent design, prompting atheists to dub it proselytizing. Attorneys from the pro-atheism Freedom From Religion Foundation had sent a letter to the university saying the class must be abolished.

However, many scientists and professors have publicly stated their support for the theory of intelligent design. Also, in the wake of news that the class had come under scrutiny, about 7,000 people signed a petition defending the course and its professor, Eric Hedin, and rallied to support his class.

Some of Hedin’s most vocal fans hailed from the pro-intelligent design nonprofit Discovery Institute. Reacting to the news on Wednesday, its leaders called the decision a “gag order.”

“In a blatant attack on academic freedom and the unfettered consideration of scientific viewpoints, the president of Ball State University … has imposed a gag order on science faculty forbidding their discussion of the theory of intelligent design in science classrooms,” they said.

They noted Hedin’s syllabus had been balanced, and included books critical of intelligent design as well as supportive of it.

Gora, in making her case, had stated “the gravity of this issue and the level of concern among scientists are demonstrated by more than 80 national and state scientific societies’ independent statements that intelligent design and creation science do not qualify as science. … Teaching intelligent design as a scientific theory is not a matter of academic freedom – it is an issue of academic integrity.”

Not so, say those who support the theory.

“In the Orwellian world of Ball State’s president, academic freedom apparently means only the ‘freedom’ to support the majority’s view,” said Dr. John West, associate director of the Center for Science & Culture. “This is exactly how the academic ‘consensus’ against the theory of intelligent design is maintained – by intimidation, fiat, and legal threats.”

At least one prominent student – the school’s student body president, had defended the class, calling it popular and welcome.

“I could say that I know many students who took Professor Hedin’s classes and loved them,” stated student Malachi Randolph in a letter to the editor. “I could say that every student comment I’ve heard has been in support for Professor Hedin. I could even say that we’re old enough to decide what we want to believe when controversial topics are brought up fairly in the classroom. And while all these things are true, they don’t address the issue.”

“The university setting has historically been fertile ground for ideas. Many major American research universities were actually religiously-based. But it was their open minds and embrace (instead of fear) for outside perspectives that have allowed effective research to occur … and minds to change.”

As for Wednesday’s announcement, some were supportive of Gora’s decision.

“Now one can speculate that this is a moved designed to save BSU’s credibility as a purveyor of good science. But now is not the time for such cynicism,” stated prominent atheist and University of Chicago professor Jerry Coyne on his popular pro-evolution blog. “I’d like to think that the university simply recognized that it’s in nobody’s interest to teach religion in a science class.”

It remains to be seen what will happen to the Boundaries of Science class.

University spokeswoman Joan Todd told The Star Press that Hedin and others are “working together to ensure that course content is aligned with the curriculum and best standards of the discipline. The university is particularly appreciative for Dr. Hedin’s active participation and cooperation during this process. His academic credentials are an asset to the university. He remains an important and valued member of our physics and astronomy department.”