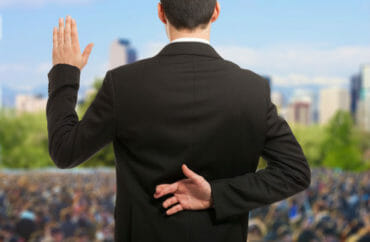 Oregon State University is moving forward to rename some campus buildings despite thin or even contradictory evidence that their namesakes were connected to slavery.

Though student protests against some of the building names took place this spring, at the time the administration claimed a review process had been underway for nearly a year.

The actual renaming process will begin early next year and the new names will debut during the university’s 150th anniversary in October, Ray told the community.

The sesquicentennial is a “rare opportunity to take stock of OSU’s past and present, to celebrate what is good and to reconcile with our past in order to improve,” he wrote:

I am mindful that we must acknowledge our past, avoid hypocrisy and recognize the history of those who established this extraordinary university. …

Like the review of these building names, OSU150 will inform and illuminate that history, not eliminate it, nor celebrate all aspects of it.

‘He wanted to rile up pro-slavery Democrats’

The namesakes for the buildings – each the subject of a historical report and “community engagement session” – all made critical contributions to Corvallis College or its successor, OSU.

Even as the historical reports note there was “misinformation circulating” about each building and namesake, Ray’s decisions about the three buildings to be renamed appear to have been driven by public confusion and politically motivated rumors.

Avery Lodge was named after Joseph C. Avery, the founder of OSU’s town of Corvallis, according to its historical report by OSU History Prof. Stacey Smith.

Though Ray’s announcement said Avery was “linked” to a pro-slavery Corvallis newspaper, the Occidental Messenger, Smith’s report says “his name never appeared on the newspaper as editor or publisher,” but only in a single advertisement.

His political enemies in the “Salem Clique” claimed he “bankrolled the newspaper” and chose its editor, while “several histories of early Oregon assign Avery a major role in the publication of the Messenger, either as a very active patron or as an owner, editor, or publisher,” the report says.

Yet Avery’s opponents in the Oregon Statesman, the house organ of the Salem Clique, “repeatedly claimed that Avery did not actually hold pro-slavery views.” Both sides were Democrats:

In the views of his enemies, the only reason that Avery published pro-slavery screeds in the Occidental Messenger, despite his own personal beliefs, was because he wanted to rile up pro-slavery Democrats in Oregon and win them away from the Salem Clique alliance. 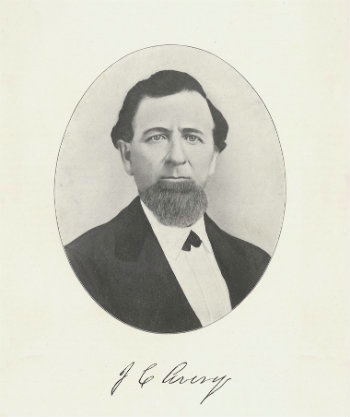 The Messenger only published two pro-slavery issues, and after voters rejected slavery in creating the state of Oregon, the newspaper mainly went after the Clique, according to Smith. A presentation given at an engagement session in October called Avery (inset) an “opportunist who exploited divisions over slavery within the Democratic party.”

President Ray got around this complication by saying the “preponderance of evidence” showed that Avery’s “views and political engagement” worked to “advance slavery in Oregon,” though slavery was never recognized there.

The president also noted that Avery’s descendants have contributed to the university “over the past decades … and I thank them for their support of the university.”

A resident of Avery Lodge from 2008 through 2011, OSU graduate Anthony Hicks, told The College Fix that he doesn’t remember learning anything about the hall’s history from professors, administrators or fellow residents.

He didn’t know the building name was controversial but doesn’t have a problem with it being changed: “A name is just a name. It has no real meaning; it’s just an identifier.”

Honoring the residents who saved the college

Benton Hall, originally the school’s unnamed administration building, is being renamed because it’s indirectly tied to a former lawmaker who supported federal legislation to relocate Native Americans from their land and believed in “the supremacy of the white race.”

The historical report by Stephen Dow Beckham, an emeritus professor of history at Lewis & Clark College, only cites a single source that incorrectly identified the namesake as former U.S. Senator Thomas Benton, “one the strongest congressional proponents of Manifest Destiny.”

That would be OSU’s own student newspaper, The Daily Barometer, which incorrectly reported 17 years after the building was given the name “Benton” that it referred to the senator.

Beckham’s research revealed that earlier news sources correctly identified the namesake: the people of Benton County, who were “the driving force behind” the building’s construction in 1887 and were “determined to secure the state agricultural college in Corvallis once and for all.”

The sparsely populated county’s residents somehow raised at least $14,000 in less than two years to pay for the building, in keeping with a state law that required them to pay for a building in order to keep the college in Corvallis. 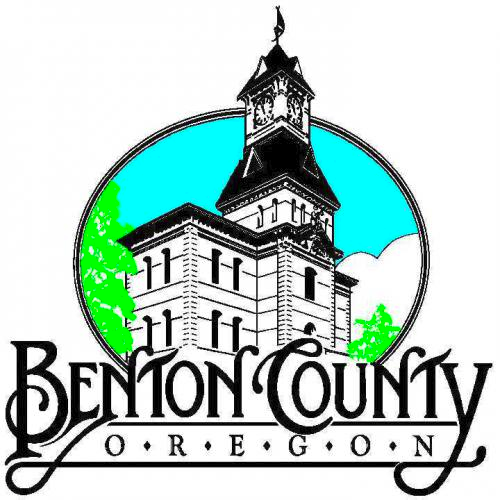 MORE: U. of Oregon spent $23,000 on report for renaming buildings

Most of Beckham’s report focuses on Senator Benton, who is the namesake of Benton County.

He and colleague Lewis Linn, both Missouri senators, helped push through a federal law that gave white men in Oregon “large tracts of public land,” and both became namesakes of adjoining Oregon counties.

The name of Benton Annex, which housed a variety of offices in its 125-year history and has housed the Women’s Resource Center since 1973, “lacks an explanation,” according to President Ray’s announcement. Beckham’s report, however, simply says the name is “derived from adjacent Benton Hall.”

Ray cited Senator Benton’s hostility toward Native Americans and the fact that “while he was opposed to extending slavery into western states, he was not in favor of abolishing slavery elsewhere.”

Therefore, Benton Hall should have a name that “honors the contributions of community and county residents who believed in and invested in higher education early on,” and the annex should have a name “that recognizes the important role that this [Women’s Resource Center] contributes to Oregon State,” he said.

No evidence of wrong views

Ray showed more grace toward the namesakes of other buildings under review.

Benjamin Lee Arnold, the namesake of Arnold Dining Center, was president of Corvallis College from 1872 to 1892. Though he grew up in a slaveholding family, served in the Confederate Army “and benefited from slavery,” he himself did not own slaves and “it’s not clear whether Arnold privately or publicly held or espoused discriminatory views,” Ray said.

The college both admitted and graduated Native American students during his tenure, and “welcomed” women students and faculty “nearly a century” before the Ivy League accepted women, according to Ray, explaining why the building will keep its name.

There’s no evidence that the longtime basketball coach and athletic director Amory Gill, the namesake of Gill Coliseum, “held or expressed discriminatory views about African-Americans,” Ray said in explaining his decision to keep the name.

Gill was investigated based on the “claim” that he had “resisted racial integration of the OSU men’s basketball team.”

Neither the administration nor Women’s Resource Center responded to phone calls or multiple email requests for comment.