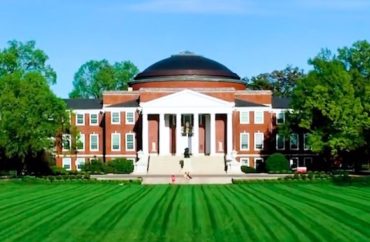 A public university last week reversed an earlier administrative decision and ordered a student who had been proselytizing an LGBT course not to return to the class and distribute literature promoting Christian sexual morality.

The University of Louisville had earlier this month stated that it was unable to prevent the student, who has gone unnamed in media reports, from distributing the literature to the students in the class. The student had reportedly passed out pamphlets in the classroom prior to the beginning of the class, after which he allegedly “lurked” outside of the room.

The university at first did not move to restrict the student’s activism, holding that the material “did not qualify as hate speech” and was thus beyond university regulation. Yet last week, according to Inside Higher Ed, the school reversed its decision, issuing a no-contact order to the student and forbidding him from returning to the class to promote his beliefs.

Campus spokesman John Karman declined to share any specific information about the order handed down from the administration, including why the school had reversed its earlier decision.

“I can confirm that the university, through the dean of students’ office, issued a no-contact order to the student. Members of our university community have the right to request no-contact orders against other parties,” he told The Fix via email.

Asked about concerns over a possible lawsuit related to the decision, Karman responded: “I don’t wish to speculate about things that have not happened.”

Will Creeley, the senior vice president of legal and public advocacy at the Foundation for Individual Rights in Education, said in a phone interview with The College Fix that it’s rare for a school to issue no-contact orders of this type.

Creeley said the pamphlet was composed of protected speech and that the student should be able to distribute it in “generally accessible, public areas.” Classrooms complicate the situation, as it is the university’s discretion to determine what qualifies as “disruptive”, he said.

He suggested that the university may have issued the order on the grounds that the professor and students of the course felt threatened, and that under those circumstances the university could enact speech restrictions related to “time, place, and manner,” long a benchmark criteria for speech regulation.

The university has not publicly stated why it changed its position. Ricky Jones, the chair of the school’s Pan-African Studies Department who had openly criticized the school’s allowing the student to return to the classroom, told Inside Higher Ed that critics on the school’s campus had “argued from the beginning against the fundamental stance that this was a free speech issue.”

“We never said that the student couldn’t pass out the materials; we made the argument that him returning to that class was unnerving and odd,” Jones told the outlet. He had previously written an op-ed calling the student an “interloper” that delivered anti-gay material “cloaked in religious dress.”

Luke Moore, the president of one of the university’s LGBTQ organizations, had told the Louisville Courier Journal that its members were “disappointed and angry” over the university’s initial decision not to bar the student from returning to the course. Several students in the course, meanwhile, claimed to feel “unsafe” due to the student’s presence.

The material the student had distributed was written by Ray Comfort, a New Zealand-born Christian evangelist and founder of Living Waters Publications. Comfort is known for his varied fundamentalist Christian outreach efforts, which include tracts and videos. The student had passed out copies of Comfort’s book God & Sexuality.