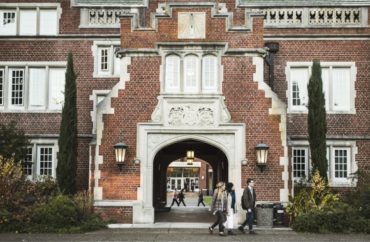 The college’s Investment Committee announced Tuesday it would reject the request from Reedies Against Racism to divest from the financial services giant.

With its occupation all for naught, the protesters ended their squat and said they intend to use the holiday break to “re-strategize.” The group waited until two days after it had vacated the campus building to announce the end of its sit-in.

Reedies Against Racism had been occupying Eliot Hall since late October, requesting the Portland private college divest from Wells Fargo because of the company’s ties to private prisons, “police militarization” and the controversial Dakota Access Pipeline.

The Investment Committee suggested in its statement that divesting for such reasons would jeopardize academic freedom:

We appreciate the students’ zeal and heartfelt commitment to the public good. Regardless of any private beliefs held by the members of the Investment Committee, Reed College operates according to a long-standing principle (stated in its Investment Responsibility Policy) of eschewing any political or social justice positions that do not directly affect the fulfillment of its educational mission.

Reedies Against Racism expressed its disappointment with the committee’s decision in a Facebook post Tuesday, accusing the college of hypocrisy and saying the decision stemmed in part from the trustees’ “corrupt ties to Wells Fargo executives.” The group previously claimed there’s a “conflict of interest” since members of the committee have investments in Wells Fargo.

“This is disgusting and sad. Reed claims to be an anti-racist institution that compels students to ‘disrupt oppressive systems’—we have seen today that that is a lie,” the post said.

In a flyer hung up on campus and posted on Facebook, protesters allege Reed College President John Kroger told two of the activists that they should transfer out of the college if they find it “so morally reprehensible.”

Student protesters can appeal the decision if they wish. According to the Investment Committee’s statement, the college’s policies allow decisions made by that body to be appealed to the full Board of Trustees. The college has created a Google document for students, employees, parents of current students and alumni to provide their feedback to the Board of Trustees regarding the decision not to divest from Wells Fargo.

An organizer of Reedies Against Racism did not respond to the College Fix’s requests for comment, which included an inquiry on whether the group plans to appeal the decision.

The protest group announced late Tuesday that it had ended its occupation of Eliot Hall, providing a rationale that didn’t remind supporters it had failed.

“After months of waiting for action on behalf of the administration, we believe the current break between semesters is the right time for us to re-strategize, while giving our protesters a chance to rest and recuperate,” the group said, without making a connection to its failed divestment effort.

The occupation, which lasted nearly two months, included student activists sleeping in tents and on couches and floor mats in the president’s office – both the lobby and “inner office” – and hallways.

Reed College spokesperson Kevin Myers told The Fix in an email that student protesters spent their final evening in Eliot Hall on Saturday.

“Their belongings were moved from the President’s office to the hallway on Sunday and then removed from the building on Monday,” he said.

Meanwhile, 54 student protesters are facing possible punishment for their involvement in the sit-in. In late October, dozens of student protesters were hit with no-contact orders for allegedly harassing a staff member during a demonstration in the college treasurer’s office.

Reedies Against Racism told The Fix earlier this month that potential punishments from the Student Judicial Board “range from community service to threats of suspension/expulsion.”

The student protest group has been active on campus since last year. During the first week of classes this semester its members interrupted a humanities class to protest the mandatory Western Civilization course it also rallied against in the previous school year.

Referring to the college’s dissent policy, Myers said the administration will continue to allow the group to protest on campus as long as its future demonstrations don’t get in the way of classes.

“As long as their demonstrations do not interrupt college business, including classes and lectures, or run afoul of college policies it will be allowed. Dissent is a form of free speech and we are believers in academic freedom and free speech,” he said.