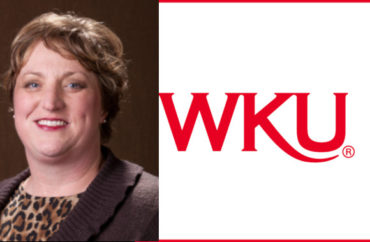 The Western Kentucky University Board of Regents on Friday voted unanimously to retain a professor students had accused of saying black students learn better by chanting and singing because their brains are wired differently.

Jeanine Huss, a professor of teacher education, is also accused of requiring students to “dress as a diverse person” for a day and tell the story of that imaginary person’s life, leading some students to accuse her of fostering “cultural appropriation.”

But after a nine-hour hearing on Friday, the WKU board voted 8-0 to retain Huss, citing the school’s handbook for disciplining tenured professors.

“After hearing evidence from both sides, the Board voted not to dismiss the professor for cause,” Lux said. “This outcome demonstrates the university’s commitment to following established procedures and participating in shared governance.”

Huss did not reply to a request to comment by The College Fix. But during the hearing on Friday, her attorney foreshadowed the consequences of firing her.

“We can hash this out in court because that’s where it’s going to go,” Marc Mezibov, Huss’ attorney, said in a statement delivered before the vote.

“No, I’m not threatening,” Mezibov said, “I’m telling you that’s the inevitable result if Dr. Huss is dismissed.”

Huss’ activities were first reported in 2020, when a student contacted the administration to complain about her lack of communication. The student claimed Huss was leaving emails unanswered.

“The student was concerned that grades had not been completed, they were getting ready to teach a lesson plan and their lesson plan still hadn’t received feedback,” Susan Keesey, interim director of the school of teacher education, said. “Just a great concern about not having the tools and things they needed to be able to be successful.”

Huss received a string of negative reviews throughout 2021, with one student writing, “In my 15 years of schooling she is by far the worst teacher I have had. I dread this course since she wastes our time with meaningless assignments… instead of providing feedback she just deleted our work in entire paragraphs, it was a rough semester… If I am to become a teacher it will be at a different college away from her.”

Subsequently, Huss’ course load was reduced to two three-credit hour courses and she was put on an “improvement plan.”

But in February 2022, Dean of the College of Education and Behavioral Sciences Corinne Murphy received an email from a student alleging an entirely new slate of offenses against Huss.

In a Student Diversity class, the student alleged, Huss assigned a presentation where students were asked to dress up as a “diverse person” and “present about that person’s life.”

“Asking someone to dress as and represent a culture or race outside of their own is wildly inappropriate and is cultural appropriation,” the student wrote. “Perhaps if Dr. Huss was more educated on diversity, race, and culture she would know this.”

The student further complained about Huss allegedly making comments about how students of color learn differently.

“The most insensitive and uneducated comment Dr. Huss has made, was her conclusion that African American students would learn best orally because their ancestors sang slave songs,” the student wrote.

The student noted that these were not Huss’ verbatim comments, but that a Zoom recording was available in which people could see what she actually said.

On March 10, Keesey filed a “recommendation for termination for cause for incompetence” against Huss. Murphy followed with a recommendation of her own.

He said the goal of the diversity project for students is to “immerse themselves in the life of that person by dressing up, you know, giving a speech or a presentation about that person. And apparently a couple of the students who took the assignment thought it was insensitive that they were being asked to participate in cultural appropriation.”

Murphy called the hearing “probably the saddest day that we have had, academically, possibly on this campus.”

But Mezibov concluded by noting a complaint by “one student, about one assignment, at one location” should not cause the dismissal of a teacher that has taught “hundreds of students.”