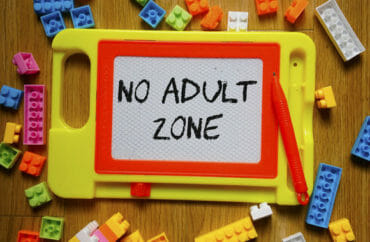 A recent report in The New York Times focusing on the concept of “snowplow parenting” revealed that some parents are helping their college-aged children set up “play dates” in campus dorms.

“Snowplow parenting,” the report reveals, is the practice in which parents function as snowplows, “machines chugging ahead, clearing any obstacles in their child’s path to success, so they don’t have to encounter failure, frustration or lost opportunities.”

In some cases parents have resorted to criminal methods such as “bribing SAT proctors and paying off college coaches to get children in to elite colleges — and then going to great lengths to make sure they never face the humiliation of knowing how they got there.”

But the practice of parental snowplowing is usually more workaday than that, from parents “get[ting] on wait lists for elite preschools before their babies are born and try[ing] to make sure their toddlers are never compelled to do anything that may frustrate them” to “paying a college counselor thousands of dollars to perfect [children’s] applications or calling their professors to argue about a grade.”

If children have never faced an obstacle, what happens when they get into the real world?

They flounder, said Julie Lythcott-Haims, the former dean of freshmen at Stanford and the author of “How to Raise an Adult: Break Free of the Overparenting Trap and Prepare Your Kid for Success.”

At Stanford, she said, she saw students rely on their parents to set up play dates with people in their dorm or complain to their child’s employers when an internship didn’t lead to a job. The root cause, she said, was parents who had never let their children make mistakes or face challenges.

Students at college exhibit other forms of juvenile regression, according to the report: “One came home because there was a rat in the dorm room. Some didn’t like their roommates. Others said it was too much work, and they had never learned independent study skills.”

Strikingly, one student came home because she “didn’t like to eat food with sauce.”

“Her whole life, her parents had helped her avoid sauce, calling friends before going to their houses for dinner. At college, she didn’t know how to cope with the cafeteria options — covered in sauce,” the report states.

MORE: Most parents still ‘adulting’ for their grown children: Survey