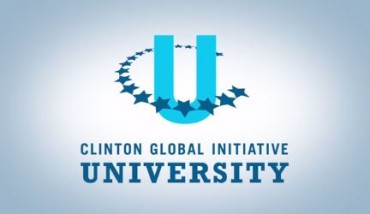 Many people were shocked when they learned last year Hillary Clinton earned nearly $2 million in the span of 18 months giving speeches at colleges nationwide. Turns out there’s plenty more where that came from.

Arizona State University gave $500,000 to the Clinton Foundation for hosting a Clinton Global Initiative University event on the Tempe campus in 2014, The Arizona Republic reports.

Bill, Hillary and Chelsea Clinton all headlined the three-day meeting, which encourages student attendees to pledge themselves to causes such as education, climate change, human rights, poverty, and public health, the initiative’s website states.

“Student attendees had the opportunity to attend … working sessions and other special events covering topics across CGI U’s five focus areas and allowing them to network with their peers, build skills, and identify potential partnerships,” the initiative’s website states. “Youth organizations, topic experts, and celebrities joined students at the CGI U meeting to help them gain the skills and knowledge needed to take action.”

ASU spokesman Mark Johnson told The Arizona Republic in an e-mailed statement that the money used to pay for the event did not come from publicly funded coffers, but rather other parts of the university’s budget, such as tuition, private donations and grants.

“[T]he university co-invested in this educational and promotional opportunity, which was co-produced for our students, and for students from around the world. No state funds were used for this purpose,” Johnson stated.

But Republican Sen. John McCain, who attended as a panelist, told The Arizona Republic that now that he knows how much the Clintons were paid, it wasn’t worth the price.

“Frankly, if I had known that that was the situation, that they were being paid $500,000, I would have spoken up at the time that I thought it was outrageous,” McCain told The Arizona Republic on Friday.

The Republic credited Vox for first bringing to light ASU’s $500,000 expense late last month. In that report, Vox highlighted 181 Clinton Foundation donors that lobbied the State Department when Hillary Clinton was in charge, calling it “not illegal, but … scandalous.”

“Ultimately, it is impossible to tell where one end of the two-headed Clinton political and philanthropic operation ends and where the other begins,” Vox reported.

This year’s Clinton Global Initiative University event was held in March at the University of Miami, where once again Bill, Hillary and Chelsea Clinton headlined the festivities. It was the second time the campus played host to the event. It has yet to be reported what the university paid the foundation.

For the last 14 years that private university was run by Donna Shalala, who served at Secretary of Health and Human Services under President Clinton. Now Shalala is set to become chief executive officer of the Bill, Hillary & Chelsea Clinton Foundation, the Wall Street Journal reports.

When news of the money Hillary Clinton made giving speeches at college campuses came to light last year – even though she donated the proceeds to her foundation – many college students wondered how she could reconcile her fees with statements bemoaning the high and rising cost of higher education.

And some questioned whether the fact that Hillary Clinton can collect so much for campus speeches is sort of a work-around of campaign finance laws, not from Clinton’s end – but from a donor perspective.

Now the Clinton Foundation’s financial practices threaten to create political problems for Hillary Clinton’s presidential campaign, The Washington Post reports in an article that notes the foundation “did not properly report donations from foreign governments” since 2010.