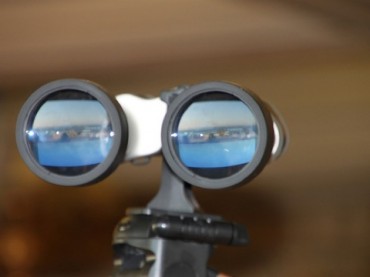 An unsettling story out of Wisconsin today … the Wisconsin State Journal reports that a 17-year veteran of the UW-Madison Police Department was allegedly a major creeper.

A UW-Madison Police Department captain took thousands of photos and videos of unsuspecting women over more than six years before he was fired in March, according to an internal investigation, and could face criminal charges. …

According to a termination letter obtained by the State Journal on Tuesday, (he) used department cameras to take pictures of co-workers from under tables, and of women walking on the sidewalk outside his office. In other instances, (he) followed and photographed women in stores with a department-issued cellphone, the investigation found.

Investigators are now working with women (he) is accused of photographing to let them know about the pictures, and find out if they want to pursue criminal charges.

Interesting way to protect and serve.