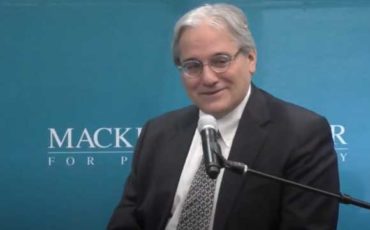 A Cornell University law professor and critic of woke campus culture recently said that “repressive tolerance” is getting worse inside and outside of the college classroom.

“Repressive tolerance” is when, “in the name of tolerance,” speech is suppressed for alleged offensiveness, Professor William Jacobson told Fox News in an interview published on January 17.

Jacobson said the removal of the words “illegal alien” or “illegal immigrant” from the college curriculum and its perceived negative connotations among faculty and students is a perfect example of how university debates have been skewed and truncated.

He said that administrators and faculty who advocate for open borders do not want the words “illegal” or “illegality” applied to people who illegally cross the border.

He said there is no way to know what common word will get you called a “racist” or a “bigot” even if “three days ago” it was acceptable to say it.

“There are very real-world consequences,” Jacobson said. “And it only takes one professor being disciplined or fired, or one student expelled to scare thousands of students, or hundreds of faculties.”

“It creates a very chilling effect,” he said.