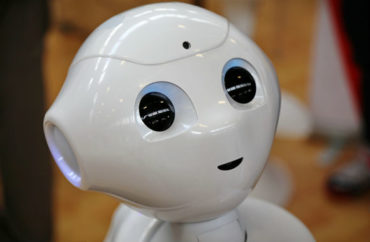 Higher ed must adapt, he says

WASHINGTON, D.C. — One university president is warning that robots are taking American jobs at a very fast rate and higher education must adapt to help humanity become “robot proof.”

Speaking at an event at the American Enterprise Institute, Northeastern University President Joseph Aoun said colleges and universities must respond to the fact that up to 50 percent of jobs will become obsolete as artificial intelligence advances and takes over for humans.

“Economists are projecting that up to 50 percent of jobs are going to be displaced in the foreseeable future,” he said.

Aoun said typical liberal arts colleges “divorce themselves from reality,” and do not acknowledge that they are rapidly becoming obsolete, but he added they have a vital role to play in resolving this impending job crisis.

“The liberal arts have an enormous role to play if they integrate the human literacy with the tech literacy,” he said during his speech, titled “Robot-proof: Higher Education in the Age of Artificial Intelligence.” Aoun authored a 2017 book with the same name.

In his speech, he said the solution is to marry the liberal arts with tech education.

“Every person has to master how to interact with machines,” Aoun said during his speech.

He discussed the importance of what he called “experiential education,” which would meld classroom work and on-the-job training. He challenged those in higher education to adapt and promote a model that would encourage this method.

“Experiential education forces universities to be in tune with reality,” he said.

In fact, at the university he leads, students take part in six- to eight-month co-ops that are internships with different companies and non-government organizations.

The liberal arts today has an opportunity to get back to becoming relevant by better preparing young people for the workforce.

In many cases, those that are hired “are good at starting the job but they don’t go further,” due to a lack of knowledge of human-machine interaction.

“In the humanics you have to understand machines,” Aoun said.

Aoun said access to learning has to be provided on a lifelong basis so anyone can become a true lifelong learner, adding “you cannot tell people they have to change, people have to live it.”

MORE: Study: Clinton would be president if fewer robots were in the workplace