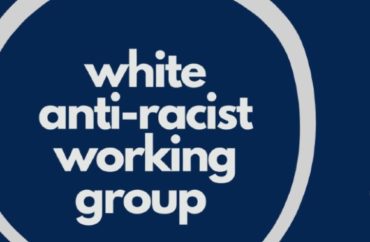 Fordham University continues to host a group for white theatre students to examine how they can fight racism.

The White Anti-Racist Working Group at the New York Catholic university “is a safe space for white allies to educate themselves and actively fight against racism within themselves, their peers and their community,” according to an introductory social media post.

The February 20 meeting ended with a reminder for everyone to read the BIPOC Alliance Demands list from August 2020 before the March 3 meeting.

“Through effective learning and action, we strive to dismantle the systemic racism within our theatre program,” the student group wrote in an Instagram post.

The explanation documents, taken from an organization called Roots of Justice, explains why it’s important for whites to separate themselves from racial minorities to learn about racism. “Caucusing allows People of Color freedom from responsibility for White People’s education, placing the responsibility instead on the White People themselves,” the document states.

“The purpose of a White caucus is to provide a space where White People can share struggles and challenge each other as they seek to uncover the depths of their internalized racist superiority,” the document states.

The theatre club did not respond to multiple email requests in the past three weeks. The Fix asked for examples of white supremacy in the theatre department and if non-white students were allowed to come to the meetings.

A note from the February 17 meeting minutes said participants should “[e]ncourage other white theatre students to join!”

The College Fix asked Fordham if the administration planned to investigate the theater department for white supremacist views. The university did not respond to two emails sent in the past three weeks.

The white student theatre group has resources for students to learn more about the broader racial issues in the field of performing arts.

It also has a document in its resources folder called “Principles for Building Anti-Racist Theatre Systems,” that lays out the goals of racial minority theatre workers for the broader performing arts community in Broadway and elsewhere.

Our love of theatre has often meant surviving an industry-wide culture of fear poisoned by racism and its intersecting oppressions. But when we lift the veil of white supremacy, we know how best to support our theatrical expressions, our culture, and ourselves. We are resilient. We carry ancestral wisdom. And so we are ending a war we did not start. We call for transformative measures guided by principles of self-determination, presence, joy, access, protection, transparency and integrity in the spirit of independence from our colonized past and present.

The principles include “a bare minimum of 50% BIPOC [Black-Indigenous People of Color] representation in programming and personnel, both on and off stage” and unpaid labor, which it equates to a violation of the 13th Amendment’s prohibition on slavery.

White Fordham theatre students should also be careful in the language they use. Examples included in the “Words w/Racist Origins” list include “tipping point,” “urban” and the phrase “Drink the Kool-Aid.”