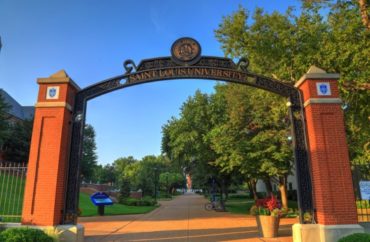 Department seemed surprised by the announcement

“I cannot believe that @SLU_Official plans to eliminate the undergraduate American Studies program at Saint Louis University,” Bryan Winston wrote on Twitter. “This flies in the face of their Jesuit mission of educating the whole person and undercuts their commitment to social justice!”

Winston has both a doctorate and Masters degree from the Catholic university in Missouri and currently is a postdoctoral fellow at Dartmouth University, according to his curriculum vitae. Those particular degrees are not slated for removal.

He said students and professors “were shocked to find an email earlier this week about the plan to end the undergraduate program.” He said the decision was “shameful” and made without “much needed input.”

Officials made the decision “based on poor data and shortsightedness” Winston said.

He did not respond to a text message and an email from The College Fix in the past several weeks that sought comment on the situation and a copy of the email from the university.

“We are still following the internal process set up to appeal the provost’s initial decision,” Heidi Ardizzone, the chair of the department, told The College Fix via email in April. “I will not be speaking to press outside of our institution at this time.”

She told The Fix on May 20 that she would still not speak to the press at this time.

There was only one person awarded an undergraduate degree in American Studies in 2020, according to a Fix review of a graduation slideshow from the university’s arts and sciences college.

“As chair, I had been assured I would be included in this decision process but the announcement came as a complete shock to me,” Ardizzone wrote on the department’s Facebook page on April 14. “I think we have a chance to win,” she said. “The provost is not suggesting we close the department and our graduate programs are not directly impacted.”

The media relations department did not respond to two emailed requests for comment sent in the past month.

The Fix asked Maggie Rotermund, a spokesperson why the university was looking to cut the program, and if faculty had a say in the decision.

Low interest African-American studies program gets its own department

Christopher Tinson, the program’s director, did not respond to an email request for the number of graduates in the minor and major for 2019-2021 sent by The College Fix on May 24.

“Now that the program is a full department, it can hire and tenure faculty. It will implement graduate studies and study abroad programs,” the local National Public Radio affiliate reported on May 17. “The department will introduce courses concerning Black women in the Midwest, Afrofuturism, the history of reparations and the anti-prison movement.”