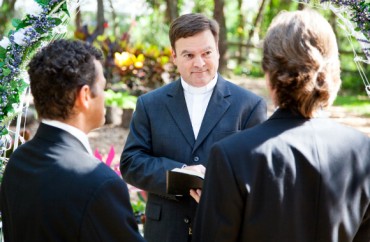 She saw the warning signs, but didn’t act until it was too late.

Nearly a year after taking the reins of the Council for Christian Colleges & Universities – following the messy and expensive firing of its last chief – President Shirley Hoogstra is dealing with a potential revolt of its members.

Because CCCU took no action after two of its members recently changed their hiring policies to allow same-sex married couples as faculty and staff, the organization lost a high-profile member, Tennessee’s Union University.

For almost two years CCCU has known of the “trajectory” toward accepting same-sex couples for one of those members, Eastern Mennonite University, Union President Samuel Oliver wrote to Hoogstra and Chairman Charles Pollard in an Aug. 3 letter, Union said in a press release.

Yet the CCCU board was still “not ready to deal with this issue” when it happened, wrote Oliver, whose school is the oldest Southern Baptist-affiliated college in the country.

More members are reportedly on the way out: Oklahoma Wesleyan University President Everett Piper told WORLD, an evangelical magazine, that he and “a handful of [other college] presidents” are giving CCCU until the end of August to decide whether to kick out Eastern Mennonite and Goshen College for their policy changes.

The CCCU and Union did not immediately respond to queries from The College Fix.

The likely change on same-sex marriage among some CCCU members was not even an issue when The College Fix spoke to Hoogstra shortly after she assumed the presidency last fall.

She was dealing with the fallout from the firing of her predecessor, Edward Blews. His tumultuous 10-month presidency was marked by the exit of nearly half of CCCU’s Washington, D.C. administrative staff, as well as hesitancy to fight on culture-war issues like the Obamacare contraceptive mandate, WORLD reported then.

Hoogstra’s top goal for the year was to “look for institutional autonomy” for the council’s then-176 members, and continue its focus on government relations work, she told The Fix at the time.

A former dean at CCCU member Calvin College and lawyer, Hoogstra said she wanted to “ensure that our members have the best membership services possible” on issues such as “prioritization” of academic programs, institutional debt and online education.

When Hoogstra was chosen, the chair of the presidential search committee said she had been picked in part because of her “savvy when considering legal and political liabilities,” Christianity Today reported.

We must all hang together, or assuredly we shall all hang separately

Before withdrawing from the CCCU, Union had asked the board to call a meeting to vote on the issue of hiring same-sex couples, WORLD reported last week. (Hoogstra told The Fix last year: “We want our member campuses to feel they have a resource if they reach out to us.”)

Hoogstra, however, spurned Union’s request. She sent a letter to member presidents asking them to respect Eastern Mennonite, one of the founding members of CCCU and a board member, by engaging in a deliberative process about its future, according to WORLD.

That wasn’t good enough for Union, a 24-year member of the CCCU, which turned Hoogstra’s legal experience against her in its press release.

“Since the government, court cases and legislation will likely threaten constitutional guarantees of religious liberty in the days ahead, [President] Oliver said it was important that institutions like Union maintain a consistency and unanimity with their faith family’s commitment on issues like same-sex marriage.”

Because its “faithfulness to the authority of Scripture takes precedence” and “marriage is at the heart of the Gospel,” Oliver wrote to the CCCU, “regrettably” Union can’t remain in the CCCU.

Though it’s leaving the organization, Union is “not trying to pull other schools away from the CCCU,” Oliver told WORLD.

The CCCU itself said last month that the “vast majority” of its members wanted the board to follow a “good and respectful process before making any decision.”

Hoogstra clarified to WORLD that the “good and respectful process” the CCCU is following “does not mean that we do not recognize the importance of this issue in our current climate,” and it continues to advocate “vigorously on behalf of schools that hold the orthodox view of marriage.”

A former CCCU president, Bob Andringa, told WORLD that the board had made the right call, particularly given the potential legal risks of refusing to hire applicants in same-sex marriages.

“If you put yourself in a position that you may not get student aid, you may lose your tax-exempt status, you may lose your property tax exemption—from a trustee standpoint those issues are so much bigger than what association we’re going to be a part of,” Andringa said.

Another college president told Inside Higher Ed that it’s giving the CCCU the benefit of the doubt until it makes a final decision about Eastern Mennonite and Goshen.

“The CCCU is at a crossroads and is doing the right thing by having private conversations with presidents of various institutions to determine the best way forward,” said Cedarville University President Thomas White. Regardless of the CCCU’s decision, Cedarville “will not compromise on the biblical view of marriage.”

Eastern Mennonite itself seems ready to accept a downgrade in its membership in the CCCU to nonvoting status – an ongoing discussion among some members – rather than spark a civil war, Inside Higher Ed reported. President Loren Swartzendruber told the publication that EMU is “open to considering recommendations from CCCU leadership in terms of our membership.”

It’s already too late for that, Oklahoma Wesleyan’s Piper told WORLD: “The CCCU’s bewildering desire for a drawn-out ‘conversation’ has led everyone to conclude they think the Church’s engagement in illicit sexual behavior is open for debate.”