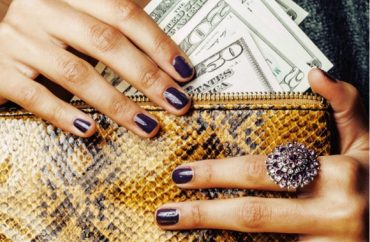 Feminist scholar Dr. Jina Kim seeks to redeem the image of the “Welfare Queen” that she claims has been exaggerated to reduce support for poor minorities.

Kim, in a speech earlier this month at the University of Michigan, where she earned her doctorate, argued that the “Welfare Queen” has been mythically constructed in order to push the reallocation of resources away from needy minority groups. She suggests such rhetoric can be traced back to President Ronald Reagan.

“The Reagan era discourse around racialized reproduction frames black teenage motherhood as also a disease, an epidemic that justified the ‘wars on poverty and drugs,'” Kim said, citing research. “… The black mother as disease … ‘posed a threat on privileged populations through tax burdens, crime, and the general erosion of quality of life …”

Kim presented her arguments to about 20 people on campus Jan. 10 in a talk titled “‘Birth in a Bare-Bulb Place’: Radical Mothering, Infrastructural Violence, and Crip-of-Color Critique.”

To be sure, there is an actual “Welfare Queen,” otherwise known as Linda Taylor, who in the 1970s posed as a mother of 14 to obtain state benefits. It was suspected she had stolen more than $100,000 under 80 aliases. She was charged with welfare fraud and sentenced to 2 to 6 years in jail.

Kim is not the first person to accuse Reagan of using this anecdote to villainize poor, black women. In 2013, Slate reported Reagan would cite her story as he campaigned for political office in the 1970s, making her out to be a notorious criminal.

In her presentation, Kim took it a step further, accusing Reagan of using Taylor’s “Welfare Queen” story to construct a narrative labeling all poor black women like Taylor as deviant and undeserving of aid, essentially classifying these women as “disabled.”

Kim said labeling poor black women as “disabled,” regardless of the sub-optimal situations into which they were born, proves to be an effective vehicle for promoting capitalist causes, displacing efforts to potentially improve their socio-economic status.

She argued that rhetoric during the Reagan presidency worked to erode public support for marginalized causes, rather than propagate feasible solutions to the problems faced by minority groups. (Slate talks a lot about Reagan mentioning her in the 1970s — but not during his presidency in the 1980s). She stated the attack on the Welfare Queen was part of “a battery of assaults on social safety nets” during the Reagan-era.

Kim also evaluated several pieces of literature that “do not reinforce self-ownership as a liberatory goal, but instead privilege relations of dependency and support.”

She examined what she calls the intersection of disability and institutionalized mechanisms for the continuation of income inequality, focusing on “regimes of disablement” rather than the disabled individual.

In particular, Kim noted the fictional novel “Push” by Sapphire, which has now been made into a movie called “Precious,” concerning the struggle of a single black 16-year-old raising the child she had by her father after he raped her. Kim feels the novel, though fictional, accurately portrays the quality of life that women in similar circumstances as Precious must endure, regardless of their potential for success.

“Push renders particularly evident the relationship of disability to anti-welfare rhetoric, as well as the usefulness of a critical disability politic to overturning said rhetoric’s operative logics,” Kim said.

Kim points out Precious is not incapable of improving her standard of living but is immobilized by the unfortunate position in which she has found herself and a system that Kim said is “more concerned with punishment than progress.”

Kim posits that Precious’ child, Mongo, who was diagnosed with Down Syndrome, acts metaphorically, representing Precious’ relationship with disability.

“If disability is a historical event, Push narrates how Precious is haunted by disability by purposeful reduction of support,” Kim said.

In terms of how her studies are applicable today, Kim said that it is important to recognize the role identity has played in the perpetuation of norms that make it difficult for poor minority groups to escape the conditions by which they are plagued.

“Race, disability, and gender cannot be theorized away” Kim said, adding there’s “currency in thinking about [the] current landscape of radicalized violence.” 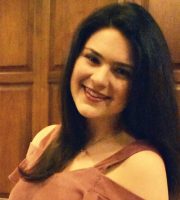 About the Author
Sara Otto
Sara Otto -- University of Michigan